The medical examiner's office had not yet determined the cause of death. A witness called police early Wednesday after finding a woman near the shoreline, said Miami Beach Police spokesperson Ernesto Rodriguez. 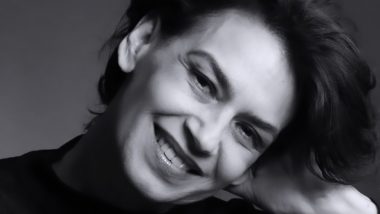 An actor who worked for more than two decades in television, theatre and films in Cuba was found dead along the shoreline of Miami Beach with no apparent signs of foul play, police said on Thursday. Broselianda Hernandez, 56, had been living in Miami for a few years after a career in entertainment in Cuba, authorities said. The medical examiner's office had not yet determined the cause of death. Twilight Actor Gregory Tyree Boyce And Girlfriend Natalie Adepoju Found Dead In Las Vegas

Officers and firefighters later identified her as Hernandez. Her family said she had had gone out to buy cigarettes late Tuesday but never came home or returned calls, local news outlets reported. Hernandez rose to fame with Cuban soap operas in the 1990s such as “When Water Returns to Land” and “Women of Honour.” Outlander Actor Jack Burns aged 14 Found Dead at His Residence

In 2010, she played the mother of Jose Martí in a biopic of the Cuban independence hero, “Martí, the Eye of the Canary.” Cuban President Miguel Díaz-Canel sent his condolences to Hernandez's loved ones Thursday on Twitter, saying “farewell to an exceptional actress named Broselianda”. (AP)