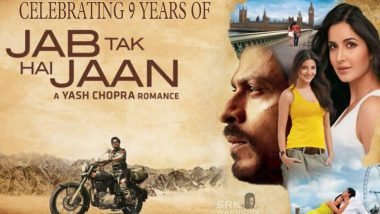 Jab Tak Hai Jaan was written by Yash Chopra's son, filmmaker Aditya Chopra. The film featured some of the most romantic songs penned by Gulzar and the music for the film was composed by AR Rahman.