Rapper Badshah took to Instagram Story and informed that the 10-year-old "is better now" and has regained consciousness. 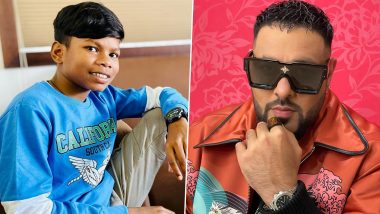 "Sahdev is better now and has regained consciousness. Will go to Raipur to see a good neurosurgeon. Thank you for your prayers," Badshah wrote.

For the unversed, Sahdev, who hails from Chattisgarh's Sukma district, met with the accident in Chhatisgarh. It is reported that Sahdev, who suffered a serious head injury, was on his way to his village on a motorcycle with his father when the mishap occurred. Arun Vaidyanathan Tests Positive for Omicron in the US, Says 'Covid Is Like a Masala Film - No Logic!'.

Sahdev became an overnight social media sensation after a video of him singing 'Bachpan ka Pyar' went viral. In August 2021, Badshah collaborated with the young boy for the revamped version of the viral song.