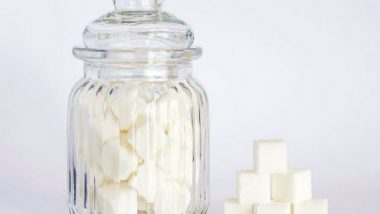 They studied the differences between three groups of mouse models. They placed two on high-fat diets but incorporated sugar kelp, a kind of seaweed, into the diet of one. The third group was on a low-fat diet as healthy control. The group that ate sugar kelp had lower body weight and less adipose tissue inflammation- a key factor in a host of obesity-related diseases -- than the other high-fat group.

Consuming sugar kelp also helped prevent the development of steatosis, the accumulation of fat in the liver. Nonalcoholic steatohepatitis (NASH) is a condition often associated with obesity that can cause inflammation and reduced functionality in the liver.

The mice on the sugar kelp diet also had healthier gut microbiomes. The microbiome is a collection of bacteria and other microorganisms in and around our bodies. The diversity and composition of the microbiome are key to maintaining a host of health functions.

"I was not surprised to see the data, as we know seaweeds are healthy," Lee said. "But it is still pretty amazing data as this is the first scientific evidence for health benefits of the Connecticut-grown sugar kelp."

This study is the first time researchers have looked at the link between the US-grown sugar kelp and obesity.

"There had not been a study about this kind of aspect before," Park said.

Park and Lee saw an opportunity to conduct research on the nutritional science of seaweed, a growing agricultural industry in the United States. They hoped that gathering concrete data on the health benefits of sugar kelp could encourage people to consume seaweed.

"Consumers these days are getting smarter and smarter," Lee said. "The nutritional aspect is really important for the growth of the seaweed industry in Connecticut."

The researchers specifically used Connecticut-grown sugar kelp, as Connecticut regulates the safety of seaweeds. This is important for monitoring heavy metals that seaweed may absorb from the water.

Most of the seaweed consumed in the US is imported. Park and Lee hope more research on the benefits of locally grown seaweed will prompt consumers to support the industry stateside.

"It is really an ever-growing industry in the world," Lee said.

After completing this pre-clinical study, the researchers now hope to move into clinical studies to investigate the benefits sugar kelp may have for other health concerns. They also want to work on reaching out to people to teach them how to incorporate sugar kelp into their diet.

This work represents a fruitful collaboration between researchers, farmers, and the state.

"Farmers need to know what we are doing is a good thing to help boost their sales, we can be a partner," Park said. (ANI)