Ahead of the scheduled Goa state Assembly elections next year, the Bharatiya Janata Party (BJP) on Wednesday appointed former Maharashtra Chief Minister Devendra Fadnavis as the election in-charge for the state, a party statement confirmed. 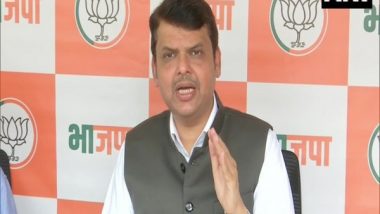 Further, Union Minister G Kishan Reddy and MP Darshana Jardosh have been appointed as the co-in-charge for the Assembly elections in the state.

Union Minister Bhupendra Yadav has been given charge of the upcoming Assembly elections in Manipur.

Meanwhile, Union Minister Pratima Bhoumik and Assam Minister Ashok Singhal have been appointed as the co-in-charges for the same.