Special Public Prosecutor Amit Mahajan, representing Delhi Police, opposed the pleas and claimed that Narwal and Kalita were well aware of the acts being carried out during the riots and that it would lead to consequences which could be disastrous. 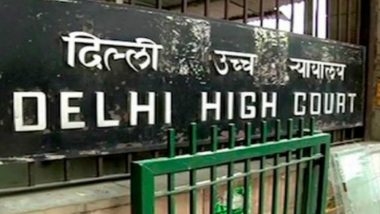 New Delhi, April 8: Delhi Police contended before the Delhi High Court on Tuesday that JNU students Natasha Narwal and Devangana Kalita, arrested in connection with the communal riots in north-east Delhi last year, were part of a larger conspiracy to threaten the unity, integrity and harmony of the country.

The police made the submissions in response to the appeals filed by Narwal and Kalita challenging a trial court's order dismissing their bail pleas in a Unlawful Activities (Prevention) Act (UAPA) case related to the riots. A bench of Justices Siddharth Mridul and Anup Jairam Bhambhani listed the matter for Friday for conclusion of arguments on behalf of the police.

Special Public Prosecutor Amit Mahajan, representing Delhi Police, opposed the pleas and claimed that Narwal and Kalita were well aware of the acts being carried out during the riots and that it would lead to consequences which could be disastrous.

He said the case against them is not only based on statements of witnesses and these conspiracies cannot be recorded on camera and that it is proved through circumstantial evidences.

“Appellants were part of a larger conspiracy which was to threaten the unity, integrity and harmony of the country. It is not necessary that they need to be involved in every act. As long as they were aware that their act can threaten unity and integrity of the country, they are covered under Section 15 (terrorist act) of UAPA,” he contended while reading out relevant portion of WhatApp chats between accused and others.

Mahajan said the accused agreed to be part of WhatsApp groups and presumption would be that they were aware of acts of every conspirator and would be equally liable.

Earlier, advocate Adit S Pujari, appearing for the two students, had argued before the bench that the investigation in the case was "tainted". Narwal and Kalita, who are also members of Pinjra Tod (break the cage) group, were arrested last year in May in connection with the communal riots in north-east Delhi and are in judicial custody.

They were arrested by the Crime Branch of Delhi Police and booked under various sections of the Indian Penal Code including rioting, unlawful assembly and attempt to murder. They have also been booked under the stringent anti-terror law – UAPA in a separate case related to the communal violence in north-east Delhi in February last year, for allegedly being part of a "premeditated conspiracy" in the riots.

Communal clashes had broken out in north-east Delhi on February 24, 2020 after violence between the Citizenship (Amendment) Act (CAA) supporters and protesters spiralled out of control leaving at least 53 people dead and around 200 injured.

In all, four cases have been registered against Kalita, including in relation to the northeast Delhi riots and violence in old Delhi's Daryaganj area during protests against the CAA in December 2019. Narwal is accused in three cases.

Both of them have been granted bail in the other cases except for the one under UAPA. The trial court had on January 28 dismissed their bail pleas saying the allegations against them were prima facie true and provisions of anti-terror law have been rightly invoked in the present case.