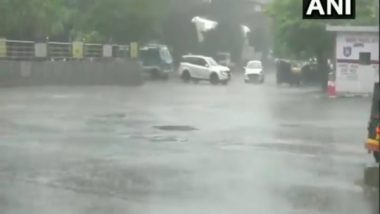 The IMD further informed that heatwave conditions are very likely in isolated pockets over West Rajasthan and squally weather (45-55 kmph gusting to 65 kmph) is very likely over west central and Southwest Arabian sea; Southeast, East central and Northeast Arabian Sea and along and off Gujarat-Maharashtra-Goa-Karnataka-Kerala coasts; Lakshadweep area, West central and South Bay of Bengal along and off Tamil Nadu and south Andhra Pradesh coasts; Gulf of Mannar and Andaman Sea. Fishermen have been advised not to venture into these areas.