Police have initiated the legal process for the production of the accused for further proceedings in the polygraph test, Special Commissioner of Police (Law and Order, Zone II) Sagar Preet Hooda said. 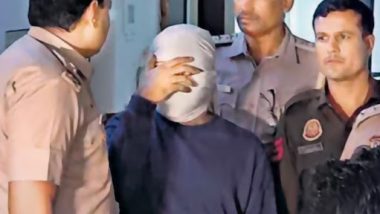 Poonawala allegedly strangled his live-in partner Shraddha Walkar, 27, and sawed her body into 35 pieces, which he kept in a 300-litre fridge for almost three weeks at his Mehrauli residence, before dumping those across the city over several days. Shraddha Walkar Murder Case: Maharashtra Government Orders To Probe Palghar Police ‘Inaction’ on Victim’s SOS Letter.

The polygraph test on Poonawala went on for nearly three hours on Friday at the Forensic Science Laboratory here. Poonawala reached the FSL at Rohini here for his third session of the polygraph test at 4 pm and left after 6:30 pm, police said. Poonawala's four-day police remand expired on Saturday.