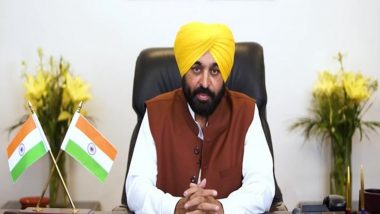 Chandigarh, May 24: Punjab Chief Minister Bhagwant Mann on Tuesday sacked state's Health Minister Vijay Singla following complaints of corruption against him. According to Chief Minister's Office (CMO), Singla was demanding 1 per cent commission from officials for contracts. The CMO said that concrete evidence was found against Singla.

"People have formed the government of Aam Aadmi Party with great expectations, and it is our duty to live up to that expectation," said Mann

He further said that as long as "mother India has sons like Arvind Kejriwal and soldiers like Bhagwant Mann, the great war against corruption will continue". "Arvind Kejriwal had made a promise that we would uproot corruption. There is no place for 1 per cent corruption," he said.