Former Punjab chief minister Captain Amarinder Singh on Saturday announced his newly-formed Punjab Lok Congress will not form a post-poll alliance with the Indian National Congress or Aam Aadmi Party for the upcoming Assembly polls in the state. 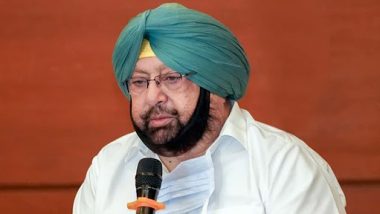 Taking to Twitter, Media Advisor of Singh Raveen Thukral said, "No question of post-poll alliance with Indian National Congress or Aam Aadmi Party. Punjab Lok Congress will win in alliance with BJP and SAD (Sanyukt). Hope Election Commission of India relaxes curbs soon so I can visit all 117 constituencies to talk to people and take our message to them.": Capt Amarinder."

The former Chief Minister also informed that he will be contesting the elections from Patiala Urban.

"Will contest from Patiala, won't leave my family's home of 300 years. Will seek votes on my own government's achievements and Prime Minister Narendra Modi government's accomplishments at Centre: Capt Amarinder," Thukral tweeted.

The PLC currently has 37 of the 117 seats in Punjab as a part of its alliance with the Bharatiya Janata Party (BJP) and SAD (Sanyukt). Discussions on the possibility of another five seats for the party are in progress. Punjab will go to the polls on February 20. The counting of votes will take place on March 10.