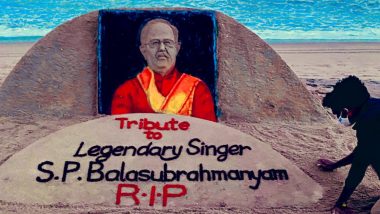 On August 5, the musician had confirmed testing positive for COVID-19 with 'mild' symptoms through a video message posted on his official Facebook page.

In the video, the singer had detailed about having a little "discomfort" for two days, stating he had chest congestion along with cold and on-off fever, which led him to get tested for the virus.

Prime Minister Narendra Modi, along with several celebrities and fans, expressed their condolences on Friday. SP Balasubrahmanyam had won six national awards and was also felicitated with Padma Shri (2001) and Padma Bhushan (2011).