Get latest articles and stories on Lifestyle at LatestLY. A new study has found that as people started working from home due to the pandemic, men's scholarly productivity increased, while women physicians were submitting less. 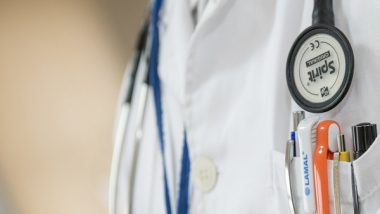 Evanston [US], January 27 (ANI): A new study has found that as people started working from home due to the pandemic, men's scholarly productivity increased, while women physicians were submitting less.

The study has been published in the 'Annals of Family Medicine Journal'.

Also Read | From Fight Club to Skyfall, 9 Movies That Drastically Changed Themselves for the Chinese Market!.

The research reflected wider trends in academic publishing and is the first study to find such patterns in family medicine. The study contributed to a growing body of evidence that the pandemic caused unique career disruptions for women as they became stretched thin during remote work, causing stress, burnout and anxiety.

"The worry is that these problems will compound," said Katherine Wright, the paper's corresponding author and the director of research in the department of family and community medicine at Northwestern University Feinberg School of Medicine.

"As men were able to submit more, they may benefit from more citations, promotions, funding and career opportunities as women fall further behind," she added.

Wright said that the study was conceived in part because of observations about her own department, where she saw roles changing dramatically and many doctors attempting to play dual roles between childcare or eldercare and work. Santina Wheat, co-first author and program director of the Northwestern-McGaw family medicine residency at Erie Family Health Center in Humboldt Park, emphasized the impact of shifting schedules on her own life.

"All of a sudden we were doing telehealth at all hours of the day, and hours of the clinics shifted significantly and quickly," Wheat said.

"There was also always the sense you may need to cover for someone else, which impacted your ability to think about the academic side -- or mentor others to do the same," she added.

They examined submission volume by gender in addition to the distribution of the author's gender by submission type (such as original research versus special reports, which impact tenure differently).

The paper found the Annals of Family Medicine received 41.5 per cent of its submissions from women during the early months of the pandemic -- the period analyzed by scientists -- marking a widening gender gap in the field.

The paper warned that the gap is "troubling" and may result in long-term repercussions for women in the medical field because of how tenure decisions are made. Wright's hope is that adding this research to the growing body of data will catalyze change in these fields.

"Publications are still the hallmark of tenure and promotion decisions, so we want to make sure women aren't at risk of falling further behind," Wright said.

"Our hope is this data might be used by promotion and tenure committees to reevaluate promotion criteria," she added.

For example, Wright said, women tend to be more involved in creating curriculum and service, so weighting activities like these more equally with publications could help balance the scales. She added that there's both a childcare and eldercare crisis in the country and that parents and caretakers need strengthened support to thrive in their roles. Wright said that without intervention, these impacts will reverberate beyond the pandemic.

Beyond advocacy, the team hopes to look at other metrics of diversity in the data and see if other populations have been impacted disproportionately by the pandemic. They're also currently analyzing the gender composition of peer reviewers, the gatekeepers of the work accepted by scientific journals.

Deborah Smith Clements, chair of the department of family and community medicine, the Nancy Warren Furey Professor of Community Medicine and a professor of medical education, also is a co-author, along with Deborah Edburg, a professor and physician at Rush University. (ANI)