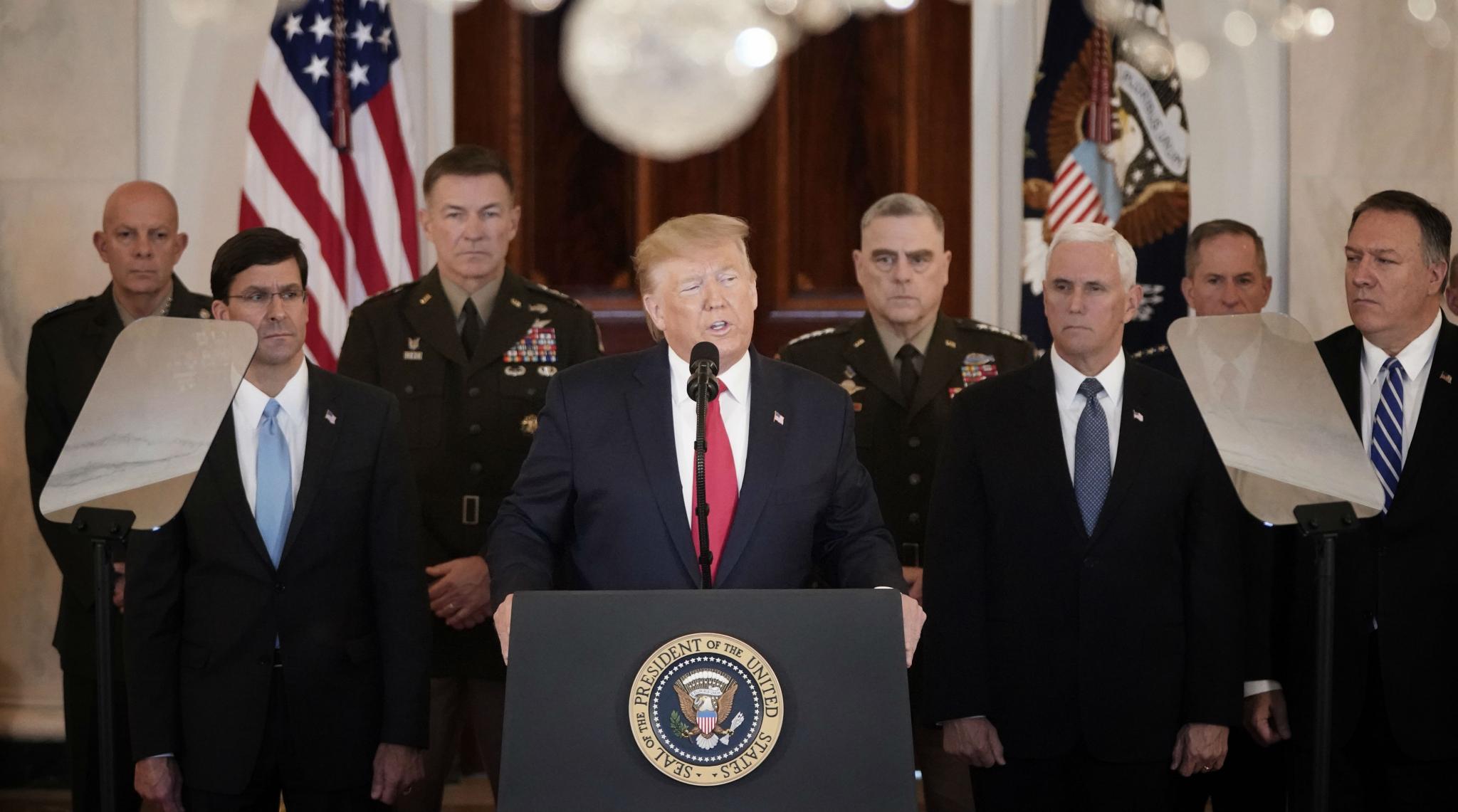 Washington D.C, January 8: President Donald Trump on Wednesday said that no Americans were killed in the Iranian attacks on Iraqi bases housing US troops in retaliation of the killing of Iranian military general Qasem Soleimani. "No Americans were harmed in last night's attack by the Iranian regime. We suffered no casualties. All our soldiers were safe," said Trump in his address to the nation. Donald Trump Denies Iran's Claim of Killing 80 US Soldiers in Iraq in Missile Attack, Says Will Impose Tougher Sanctions on Iran, Not Worried About Oil Supply.

In the wee hours of Wednesday (local time), Iran fired dozens of missiles at two Iraqi bases housing US troops in retaliation of the American strike that killed the country's 'beloved' military general last week.

These officials floated the notion that Iran could have directed their missiles to hit areas that are populated by Americans, but intentionally did not. Iraq did receive advance warning that the strike was coming and was able to take "necessary precautions," according to a statement from Iraq's Prime Minister Adil Abdul Mahdi.

Iranian President Hassan Rouhani, a while ago, said that the country's final answer to the killing of Qasem Sulaimani, the commander of the country's elite Quds Force, will be to kick all US forces out of the region.

Soleimani's death has marked a dramatic escalation in tension between the US and Iran, that has often been at a fever pitch since Trump, in 2018, chose to unilaterally withdraw Washington from the 2015 nuclear pact the world powers had struck with Tehran.