Cricket Australia (CA) on Saturday said it is open to reinvestigating the Sandpaper Gate if there is anyone who has more knowledge about the matter. 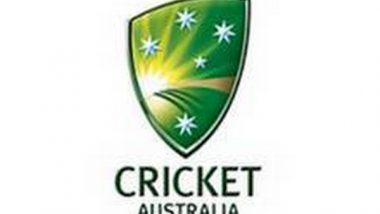 Melbourne, May 15: Cricket Australia (CA) on Saturday said it is open to reinvestigating the Sandpaper Gate if there is anyone who has more knowledge about the matter.

This announcement came after opening batsman Cameron Bancroft hinted that there had to be wider knowledge about ball-tampering during the 'Sandpaper Gate' incident in 2018 in the Cape Town Test between Australia and South Africa than just the trio of Steve Smith, David Warner and the opener himself. Virat Kohli Ball-Tampering Video Released! Forget Steve Smith's SandPaper Gate, Virushka RingGate Will Rock Indian Cricket.

"CA has maintained all along that if anyone is in possession of new information in regards to the Cape Town Test of 2018, they should come forward and present it. The investigation conducted at the time was detailed and comprehensive. Since then, no one has presented new information to CA that casts doubt on the investigation's findings," ESPNcricinfo quoted CA spokesperson as saying.

In March 2018, Bancroft was caught on camera trying to change the condition of the ball using sandpaper in a Test match against South Africa in Cape Town. The incident later went on to be labelled as the 'Sandpaper Gate' and is considered as one of the darkest moments in the history of Australian cricket.

Bancroft, who is playing county cricket in Durham, said it was 'probably self-explanatory' whether the bowlers were aware that the ball was being tampered with.

"Yeah, look, all I wanted to do was to be responsible and accountable for my own actions and part. Yeah, obviously what I did benefits bowlers and the awareness around that, probably, is self-explanatory," Bancroft said to the Guardian interviewer Donald McRae as reported by ESPNcricinfo.

"I guess one thing I learnt through the journey and being responsible is that's where the buck stops [with Bancroft himself]. Had I had better awareness I would have made a much better decision," he added.

When he was further stressed, Bancroft replied: "Uh... yeah, look, I think, yeah, I think it's pretty probably self-explanatory." On the third day of the match, Bancroft was caught on camera trying to alter the condition of the ball. As soon as the clip was shown on television, it went viral on social media and the entire cricketing fraternity condemned the act.

After the conclusion of the day's play, Bancroft and then Australia skipper Steve Smith admitted that they did tamper with the ball.

David Warner's involvement in the act was also confirmed. Australia went on to lose the match and Cricket Australia took some bold calls as they first removed Smith and Warner as the captain and vice-captain of the side. Later, the Australian cricket board handed a one-year ban to both Smith and Warner, while Bancroft was given a nine-month suspension. Australia coach Darren Lehmann also resigned after the episode.