Arjun broke the internet with his hilarious birthday wish for his dear friend, calling Varun the 'shirtless wonder' of Juhu. 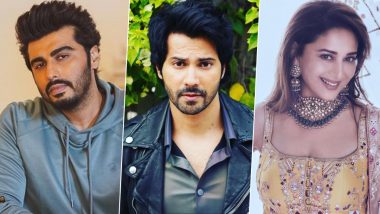 As Bollywood star Varun Dhawan ringed in his 34th birthday on Saturday, actors including Arjun Kapoor, Riteish Deshmukh, Madhuri Dixit Nene, and others extended heartfelt wishes on social media to make the day even more special. Arjun broke the internet with his hilarious birthday wish for his dear friend, calling Varun the 'shirtless wonder' of Juhu. He took to his Instagram handle and uploaded a video montage with funny pictures of Varun in his various shirtless avatars, comparing him to Mowgli. Arjun captioned the post as, "To the shirtless wonder of Juhu, Happy Birthday! @varundvn." Varun Dhawan Birthday Special: From Amar Kaushik’s Bhediya to Sriram Raghavan’s Ekkis, Every Upcoming Movie of Main Tera Hero Actor.

Bollywood's 'Dhak Dhak' girl Madhuri Dixit Nene also wished the birthday boy on her Twitter handle by sharing a photo with him, along with the tweet, "Happy Birthday, @Varun_dvn. May your year ahead be as charming as you. Lots of love." Anushka Sharma posted an Instagram story featuring Varun's photo along with the message, "Happy Birthday VD! Wishing you a safe, healthy and happy year@varundvn." Tiger Shroff also shared a photo with Varun on his Instagram story and wrote, "Happy bday @varundvn have an amazing year ahead lots of love stay healthy." Varun Dhawan Birthday: Not Eccentric But His Style Statements are Charming Enough.

Actor Riteish Deshmukh took to his Instagram handle and shared a custom animated portrait of the 'October' actor. In the caption he wrote, "Wishing the energy & talent ki dukaan @varundvn a great great birthday! Stay healthy, stay safe." Meanwhile, on the work front Varun, who was last seen in his father David Dhawan's 'Coolie No. 1', co-starring opposite Sara Ali Khan, recently completed shooting for the horror-comedy 'Bhediya' along with Kriti Sanon in Arunachal Pradesh. The movie that is slated to release in cinemas on April 14, 2022, will mark the 'Badlapur' star and 'Heropanti' star's third collaboration with each other after sharing screen space in 2015 rom-com 'Dilwale' and 2019 'Kalank'.

Happy Birthday, @Varun_dvn. May your year ahead be as charming as you. Lot's of love 🤗❤️ pic.twitter.com/wh0431GSLB 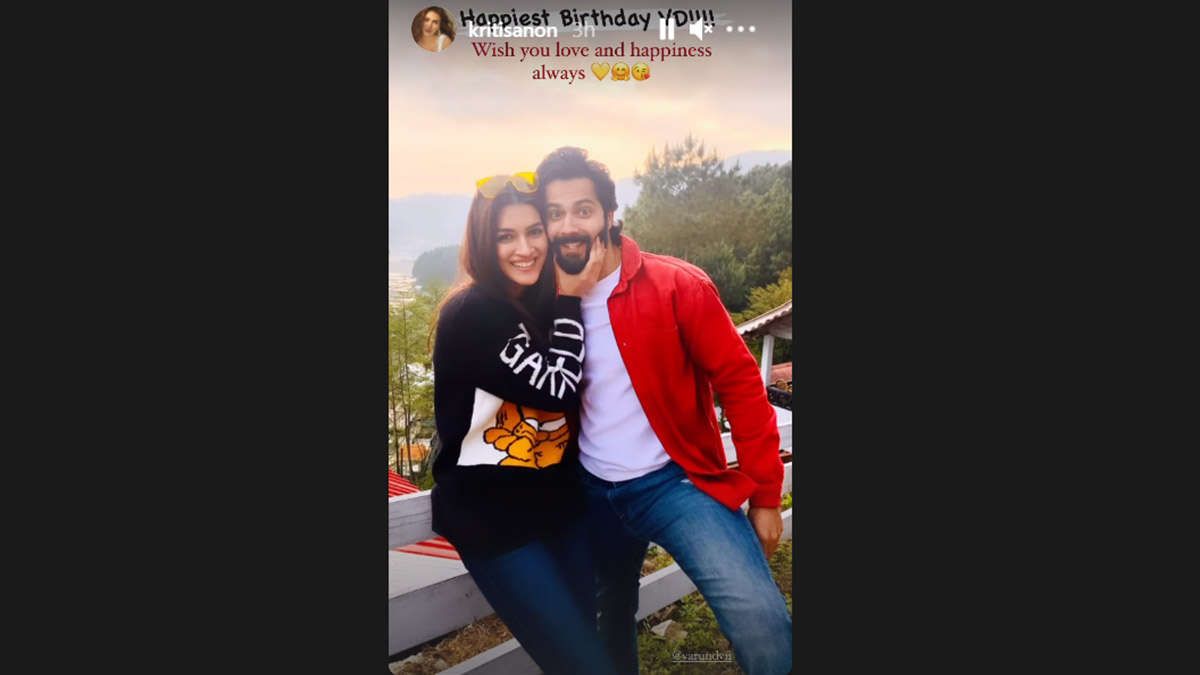 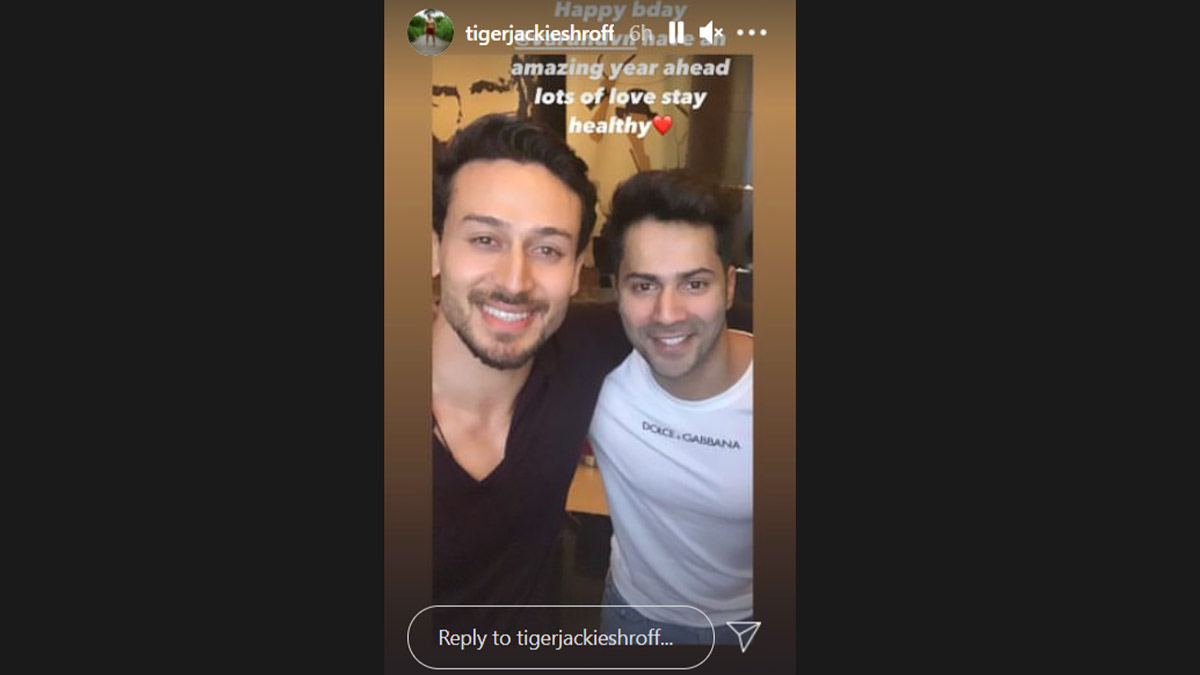 'Bhediya' will bring together the dynamic duo of producer Dinesh Vijan and director Amar Kaushik, who also helmed the 2018 blockbuster movie 'Stree'.