Get latest articles and stories on World at LatestLY. Electricity workers in Pakistan have protested in Lahore against inflation and rising poverty and unemployment in the county. 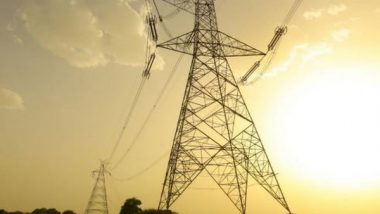 Islamabad [Pakistan], July 2 (ANI): Electricity workers in Pakistan have protested in Lahore against inflation and rising poverty and unemployment in the county.

The demonstrators were carrying national flags, and banners and demanding to reduce prices of essential commodities of daily use, including petrol, diesel, gas and electricity, Dawn newspaper reported.

Pakistan's inflation rate increased to 21.32 per cent in the month of June, the highest in over 13 years, a media report said on Friday.

The power workers demanded the Shehbaz Sharif-led government check the rising high prices of items of daily use for the ease of the common people. They urged the federal finance minister to impose taxes on the feudal lords and elite of the country instead of wage earners.

Pakistan Bureau of Statistics has stated that in May, the inflation rate as measured by the Consumer Price Index (CPI) was 13.76 per cent. The inflation increased by 6.34 per cent month-on-month (MoM) and reached 21.32 per cent year-on-year (YoY) in June, the Dawn newspaper reported.

Earlier, the highest inflation stood at 23.3 per cent in December 2008.

Meanwhile, former Pakistan Prime Minister Imran Khan is set to hold a huge public gathering at Parade Ground in the capital city of Islamabad today amid the worsening economic crisis in the country.

This rally comes as Pakistan stands on the brink of financial collapse. The Shehbaz Sharif government on Friday said the energy prices will keep increasing in the country for the next three to four months due to policies implemented by Imran Khan.

Addressing separate pressers in Islamabad, the Pakistan energy ministers -- Khurram Dastgir and Musadik Malik -- said the downward trend will not start before November-December this year. (ANI)