Slamming Imran Khan's Pakistan Tehreek-i-Insaf's (PTI) party, the top opposition leaders in the country are mulling moving the courts and holding a protest drive against the alleged rigging in Pakistan-occupied Kashmir (PoK) elections. 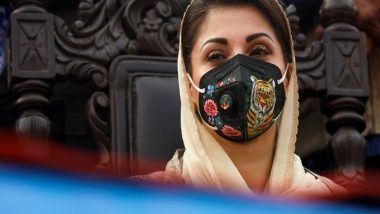 "I have not accepted the PoK election results... and I will not. I had neither accepted the results of the 2018 general election nor this fake government. The PML-N will soon announce a strategy on this shameful rigging in the PoK polls," PML-N vice president Maryam Nawaz tweeted.

Amid allegations of poll rigging by the Opposition, Khan's PTI has won 25 of 45 seats in PoK legislative assembly elections marred by deadly violence. The PTI has won 25 seats, followed by 11 seats won by the Pakistan Peoples Party (PPP), six by PML-N and one each by two regional political parties in Sunday's polls.

Lashing out at Imran Khan, PML-N Punjab Information Secretary Azma Bokhari said that July 25 will be remembered as the day of rigging by vote thieves in the country.

"July 25 will be remembered as the day of rigging by vote thieves in the country. The Buzdar administration sent police, teachers, polling and other administrative staff to PoK from Punjab to ensure rigging in the polls. The Punjab government also openly used its machinery to rig polling in nine constituencies falling in the province," PML-N Punjab Information Secretary Azma Bokhari alleged.

Sardar Tanveer Ilyas, who was in the run for the office of PoK prime minister, was involved in the rigging, PML-N alleged.

"We wonder how the state functionaries have become personal servants of someone," she said, and warned the people of PoK that the PTI government would make their lives miserable.

Furthermore, the PML-N lawmaker said the party was considering moving courts and holding protests to challenge the rigging, Dawn reported.

"The PoK election was a repeat of the 2018 general polls. In the 2018 election, the Results Transmission System was compromised and in PoK, similar tactics were adopted," Bokhari alleged. (ANI)