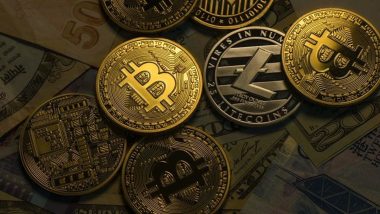 Police said that the scam was committed by a Chinese couple together with a Lankan identified as Lamahewage Shamal Keerthi Bandara. The Chinese couple was arrested at the Katunayake International Airport, and a police spokesperson said that 8,000 people were scammed by these con artists, reported Sunday Island Online. Cryptocurrency Fraud: Indian Citizen Nikhil Wahi, Arrested in US For First Ever Crypto Insider Trading Scheme, Pleads Guilty.

As per police, Bandara started conning people in 2020 out of an office set up at the World Trade Center in Colombo. The three criminals deceived unsuspecting individuals by promising them high returns on crypto investments, reported Sunday Island Online. Haryana: Four Held Over Alleged Cryptocurrency Fraud in Ambala, Probe Underway.

The suspects had engaged in discussions with potential investors at various five-star hotels in Colombo and convinced victims to engage in the pyramid scheme fraud.

The suspects had created a special application for the scheme which showed investors almost five times the profit of their investments in cryptocurrency, but they were unable to enjoy the profits, reported Sunday Island Online.