The accident occurred around 9 a.m. near the Toroko Gorge scenic area during a public holiday Friday. 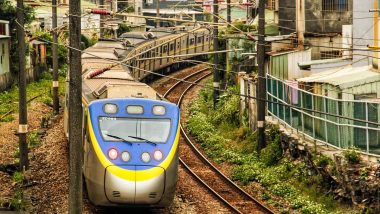 Taipei, April 2: An unknown number of passengers were injured and some possibly killed when a train partly derailed along Taiwan's east coast.

Media reported 350 passengers were on board, four of whom were listed as in critical condition.