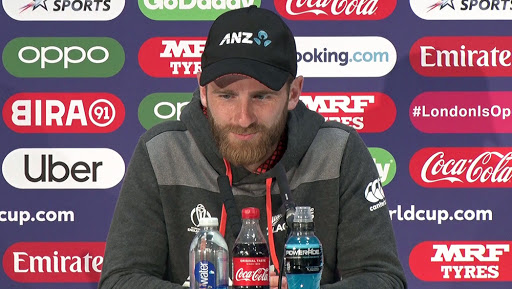 Wellington, March 26: Lauding his country's doctors and health care workers battling the COVID-19 pandemic, New Zealand captain Kane Williamson on Thursday said these are the people who truly understand what it means to be under pressure -- a word so often thrown around in sports.

Writing in 'New Zealand Herald', Williamson addressed the doctors, nurses and caregivers who are on the front-line to battle the deadly outbreak, which has claimed more than 21,000 lives globally. List of Sports Personalities Who Have Contributed Towards Coronavirus Relief Fund: Messi, Cristiano Ronaldo, Federer, Ganguly and Others Come Forward in Fight Against COVID-19.

"Events of the past few days have made it clear we're living through a health crisis the likes of which we've never seen. There will no doubt be times in the coming days when the scale of what we're facing will seem overwhelming," he wrote.

"We're so grateful you have our backs. People talk about the pressure sportsmen and women are under to perform, but the truth is we get to do something we love every day for a living. We play games," he noted. In New Zealand, the number of confirmed COVID-19 cases stands at 262 but there hasn't been any deaths so far.

"Real pressure is working to save lives. Real pressure is going into work each day while putting your own personal safety on the line for the good of others," Williamson observed.

The right-handed batsman, one of the most revered modern-day cricketers who leads a team admired for its grace and fairplay, said he wants his country's health workers to always know that the entire nation is firmly standing by them in this crisis.

"It's an enormous responsibility that can only be carried out by the best kind of people: those who put the greater good ahead of all else. As Black Caps, we know how amazing it feels to have the support of a country behind you.

"In that same vein, we need you to know you're not alone. We want you to know that there's a whole country behind you," he said. "We will get through this and you are a big reason why," he added. Coronavirus Outbreak: From Arsenal Manager Mikel Arteta to NBA Player Rudy Gobert, Here's A List of Sports Personalities Who've Tested Positive for COVID-19.

Williamson led New Zealand to the final of the ODI World Cup in England last year. The side lost the final to the hosts in an unprecedented boundary count-back after scores were tied even after the Super Over. Williamson and his team were lauded for showing grace in what was a crushing defeat.