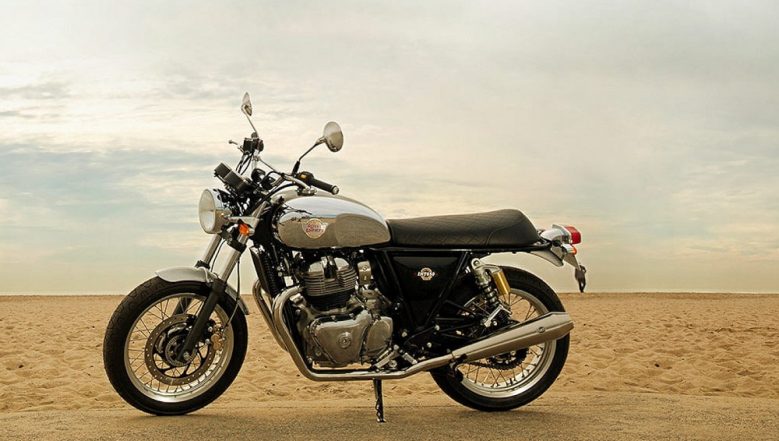 Royal Enfield Interceptor 650 has begun its journey of the positive note itself. Within more than one month of its India launch, Royal Enfield’s newest offering has bagged the most prestigious India Motorcycle Of The Year (IMOTY) 2019 award. The motorcycle is priced at Rs 2.5 lakh (ex-showroom). The RE Interceptor 650 is a modern twin-cylinder motorcycle from the Chennai-based motorcycle maker in India. Indian Car of the Year 2019 Award: Maruti Suzuki Swift Hatchback Wins ICOTY.

On the other hand, Maruti Suzuki Swift won the Indian Car Of The Year (ICOTY) 2019 in spite of strong rivalry from seven nominees for the award. However, Maruti’s most loved hatchback managed to get the award. As a reminder, the previous year’s Title (IMOTY 2018) was awarded to KTM Duke 390. New Jawa 300 cc Motorcycle vs Royal Enfield Classic 350: India Prices, Features & Specifications – Comparison.

The Royal Enfield Interceptor 650 motorcycle comes powered by a 649cc, oil cooled parallel-twin engine that is capable of churning 47bhp of maximum power and peak torque of 52Nm. The unit is mated to a 6-speed transmission. The main underlines of the motorcycle are dual-channel ABS and slipper clutch that are offered as standard.