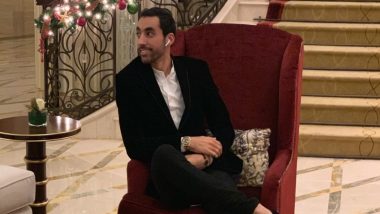 Did you ever think of starting your own business after graduation? Or did you ever think of quitting the 9 to 5 job to pursue your dream of becoming a businessman? Often before starting any business, there needs to be a proper plan in place; right from the product to the customer to the investments required. With a degree in Computer Science from Harvard University, Badr El Battahi developed his interest in social media marketing which later became his profession. He moved to Abu Dhabi in 2011 and after years of practise and trial and error, he became a social media genius.

Born on August 1, 1992, in Casablanca, Morocco, the entrepreneur is currently based in Dubai and has become a massive success story today. At a very early age, he started to do savings and made some smart investments. He says, “From my pocket money, I spent 40% and saved 60% which I later invested in different fields. I understood that the more investments I made then, will give me more returns in future.” While he was 23, Badr established his first company named ‘SociWork’ in 2015.

It is a social media agency which provides the best of services to the brands, actors, models, singers, influencers and other personalities. With constant learnings, he understood the important tools of digital marketing and became a past master in it. Besides this, the agency got thousands of clients which made this young talent a millionaire at a very young age. This was just a start towards success. He later launched a brand named ‘Richsneaker’ in 2018 which is known for its premium collection of sneakers and other footwear. The sales of the brand crossed more than 1 million making him one of the most established entrepreneurs in the UAE.

Bringing his college degree to work, the entrepreneur even makes android and iOS apps and holds excellent knowledge about website development. In the future, he aims to integrate artificial intelligence, machine learning and blockchain in his businesses. Today Badr El Battahi is at the peak of his career and as a responsible businessman, he is stuck to his roots. The entrepreneur is associated with several charitable trusts, and philanthropy work is something very close to his heart.