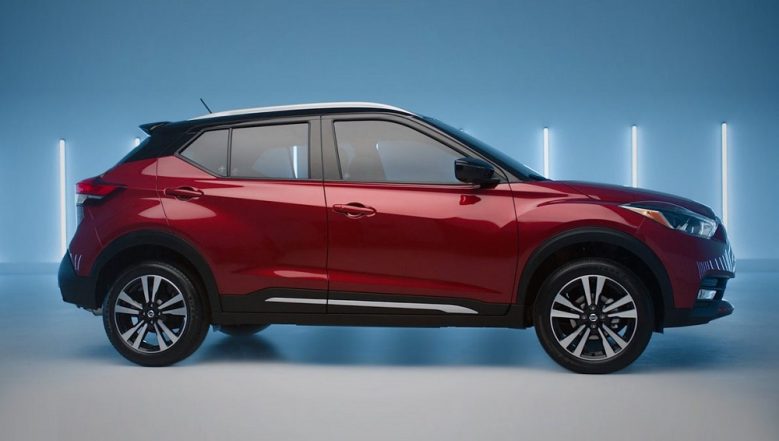 Nissan Kicks, a premium SUV from the house of Nissan Motors India will be unveiled in the domestic market tomorrow. The long wait will finally come to an end when the SUV will officially debut in India. The SUV made its global debut as a concept in the year 2014 itself and the production version was revealed in 2016 for the Brazilian market. Expected to go on sale by early 2019, the Japanese car maker has been teasing the SUV for quite some time now. Tata Harrier Booking Opens Today at Rs 30,000; Launch Date, Price in India, Features & Specifications.

Ahead of its official India unveil, the car maker yet again went ahead to tease the SUV just a day prior to the debut. Going by the new teaser, the new Nissan Kicks will sport signature-style V-motion front grille with company badging placed in the middle. The teaser image also highlights the LED tail light styling of the SUV.

The SUV will be based on the cost effective M0 platform that also underpins Nissan Terrano and Renault Duster. The exterior design of the SUV is expected to identical to the global-spec model as it is designed by Nissan Design America and Nissan Design America. The overall design of the SUV is expected to be highlighted by V-motion chrome accented front grille, sweptback headlamps, wider air dam, front and rear bumpers, LED fog lamps, floating roofline and more. 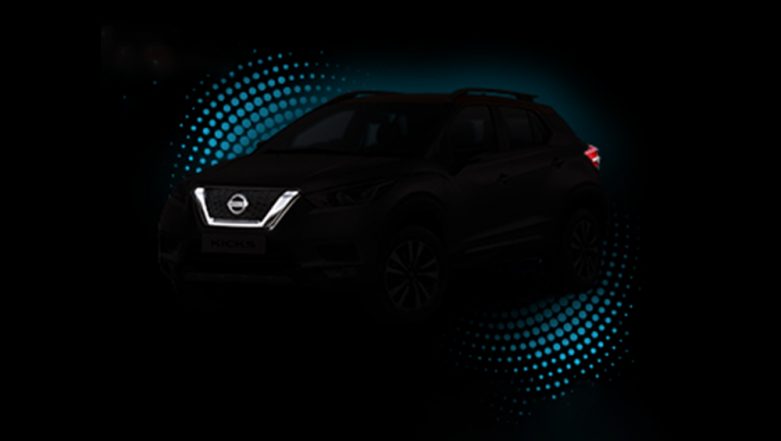 On the inside, the SUV is expected to carry upmarket equipment along with features like 8-inch infotainment unit with Android Auto and Apple CarPlay, steering mounted controls, automatic climate control, push start stop, reverse parking camera, bigger MID and much more. Tata Harrier (Hyundai Creta Rival) Bookings to Open on October 15; To Be Launched in India by Early 2019.

Under the hood, the premium SUV from Nissan will be powered by a 1.5-litre petrol and 1.6-litre diesel engine options. While the former will be tuned to make 102 bhp of maximum power, the latter will produce 108bhp of peak power. It is the same engine that is seen on Terrano. Transmission duties will be carried out by 5-speed manual, a 6-speed manual and CVT options. The 5-seater SUV is expected to be priced up to Rs 14 lakh (ex-showroom) with prices likely to start from Rs 10 lakh (ex-showroom). Once launched in the country, the Nissan Kicks premium SUV will be pitted against upcoming Tata Harrier, Renault Captur and Hyundai Creta.