Even though they built a successful business, they were constantly stressed out as they were trading their money for time as opposed to building wealth through the accumulation of assets. Rob observed and internalized this as his “shot across the bow” and embarked on a new journey to accumulate the most valuable asset aside from time, knowledge. 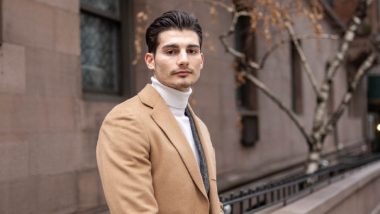 Growing up in Silicon Valley and watching his parents run a real estate brokerage firm from home, Rob Beardsley spent his formative years soaking up lessons from both the tech startup space as well as the real estate services industry. Despite his parents being in real estate, they urged Rob to study computer science in hopes of one day making it big in the startup or venture capital world.

However, while studying computer science at Carnegie Mellon, Rob saw the technical skills he was developing were leading him into a similar trap that his parents found themselves in. Even though they built a successful business, they were constantly stressed out as they were trading their money for time as opposed to building wealth through the accumulation of assets. Rob observed and internalized this as his “shot across the bow” and embarked on a new journey to accumulate the most valuable asset aside from time, knowledge.

Rob’s studying led him down a path towards income-producing real estate that could be leveraged as a vehicle to build lasting wealth, effectively eradicating the scarcity mindset Rob had grown up with.

Without even realizing it, Rob had soaked up a remarkable amount of knowledge from his parents and their real estate business, which they operated from home; Rob’s penchant for financials and algorithms quickly elevated this knowledge to an expert level. Rob leveraged his newly honed expertise to build a proprietary underwriting model to analyze potential investments, which propelled his business to acquiring over $100MM of multifamily properties. Additionally, He and his model have also helped hundreds of other investors underwrite and acquire properties for themselves and their investors.

Another one of Rob’s core values is his passion for teaching. As Rob began to notice the tremendous demand for his skills in evaluating risk and opportunity, he decided it would be his mission to codify his process and theories into an easily digestible book, which was recently released as, The Definitive Guide to Underwriting Multifamily Acquisitions.

Even when Rob lacked the experience he has today, he always remained transparent and sought to build trust with his partners and investors rather than attempt to put on an act. This is how he has quickly built credibility within the real estate community and proven himself to be a trusted advisor to even some of the top investors in the country.

Rob continues to rely on his hard work and people skills to uncover his next big opportunity as well as to educate fellow investors through his authentic content on social media and his podcast, The Capital Spotlight, where he discusses high-level investment concepts with experienced institutional investors, providing listeners actionable takeaways along the way.

Today, Rob and his business partner Kent Piotrkowski, co-founders of New York City based investment company Lone Star Capital (2018), have ambitions to grow their portfolio under management to $1 billion. It appears they are well on their way as they are off to a hot start in 2021 with over $50MM of acquisitions in the pipeline and many new as well as repeat investors looking to partner on future opportunities.