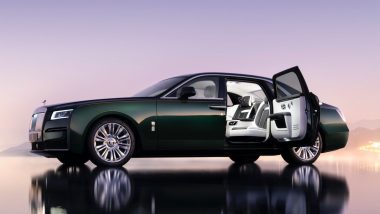 After launching the second generation Ghost sedan, Rolls-Royce has officially introduced the long-wheelbase version of the Ghost sedan in the Indian market. Christened as Ghost Extended, this new offering from the luxury carmaker is 170mm longer than the standard version. The Rolls-Royce Ghost Extended is based on the company's aluminium space-frame architecture, which is also underpinned by Phantom, and Cullinan SUV. Deliveries of the luxurious car are expected to commence by the first quarter of 2021. It draws power from a massive 6.75-litre twin-turbocharged V12 engine. Gold Rolls Royce Taxi Spotted in Kerala, Pictures and Videos of Luxury Car Go Viral.

Aesthetically, the Rolls-Royce Ghost Extended gets chrome-finished front grille featuring vertical slats, wide air vent and laser headlights, body-coloured ORVMs, iconic 'suicide doors' and more. The company claims that the headlamps fitted on the Ghost Extended come with an illumination range of over 600m. The sedan measures 5715 mm in length with wheelbase standing at 3465 mm. 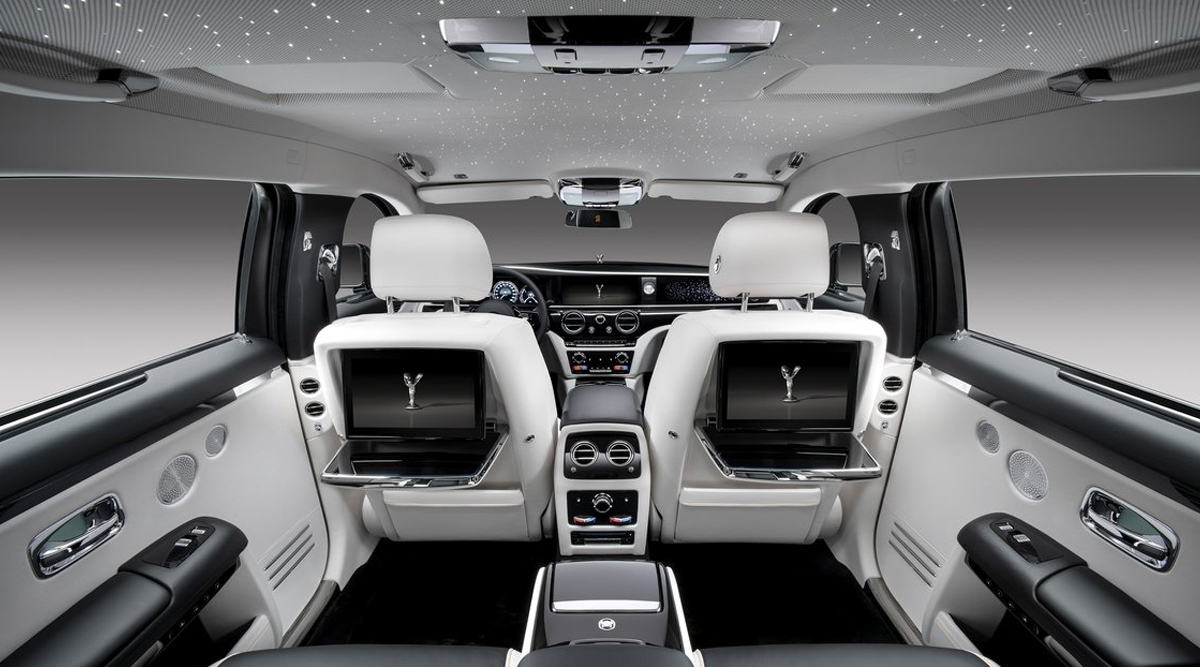 On the inside, the sedan is all about luxury. It gets a 4-seater cabin with a micro-environment purification system (MEPS), extensive soundproofing, reclining 'serenity' rear seats, a champagne refrigerator with two cooling modes, a head-up display, active cruise control, multiple airbags, a four-camera system, cross-traffic warning, and lane departure warning for passengers' safety. It also packs a touchscreen infotainment console supporting latest connectivity options. 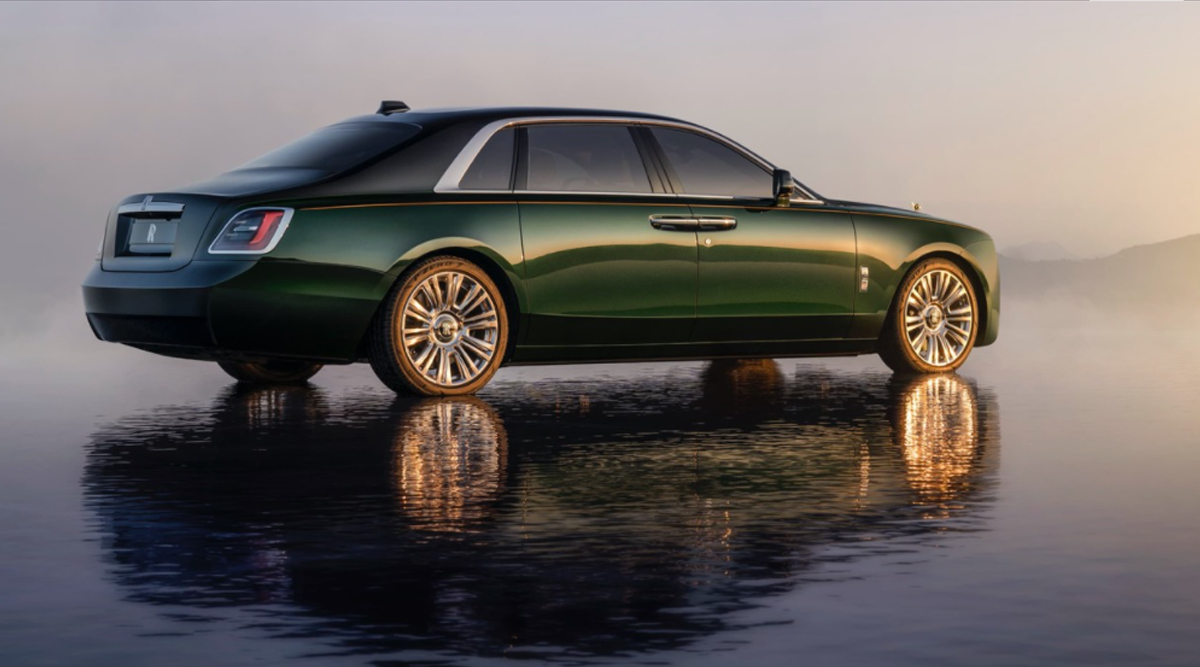 Under the bonnet, there is a BS6 compliant 6.75-litre twin-turbocharged V12 engine that is mated to brand's Satellite Aided Transmission system. The unit is capable of making 563hp of peak power and 850Nm of maximum torque. It is also loaded with technologies like all-wheel-drive, all-wheel steering, and a self-levelling high-volume air suspension.

As far as the pricing is concerned, the Rolls-Royce Ghost Extended is priced in India at Rs. 7.95 crore (ex-showroom, India). The Ghost Extended version is Rs. 1 crore costlier than the regular model which comes with a regular wheelbase.

(The above story first appeared on LatestLY on Sep 28, 2020 11:17 PM IST. For more news and updates on politics, world, sports, entertainment and lifestyle, log on to our website latestly.com).