After selling his fashion empire in Copenhagen he ventured into real estate. In his 30’s he decided to move to Los Angeles and starting all over again and test his entrepreneurial skills in the biggest market in the world. In 2008 Jannik lost all of his money and most of his savings. In 2009 he purchased strings and beads with his last $5,000. 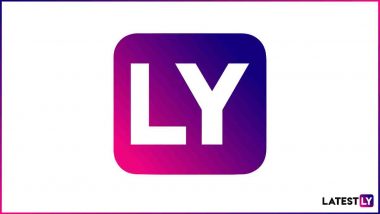 Jannik Olander is a fashion entrepreneur and founder of Nialaya Jewelry. Originally from Denmark, after finishing his degree at Copenhagen Business school, he became the youngest person at the age of 26 to ever open a Ralph Lauren shop in his hometown of Copenhagen. He later added multiple American brands to his retail portfolio. After selling his fashion empire in Copenhagen he ventured into real estate. In his 30’s he decided to move to Los Angeles and starting all over again and test his entrepreneurial skills in the biggest market in the world. In 2008 Jannik lost all of his money and most of his savings. In 2009 he purchased strings and beads with his last $5,000. He learned how to braid bracelets. He started working on an Ikea table in his garage in the Hollywood Hills. He named his company NIALAYA after a Shaman that he had met on a trip to Goa previously. All of NIALAYA's bacelets are made with special gemstones that Jannik learned about from the shaman. The bracelets became an instant success amongst Hollywood celebrities and around the world. Jannik has appeared in numerous TV shows including being a main character on Bravo’s: "Euro’s in Hollywood". Jannik started a charity in 2014 for an orphanage in Thailand. In 2019 he won the consumer votes price for "Best Jewelry designer in LA" along with having his best year in the company. The company sells to 135 countries every year and 60% of the business is from the online flagship store.

From an emigre to Beverly Hills aesthetic visionary on every A-Lister's speed dial, Dr. Simon Ourian has come a long way to become Hollywood's (and most famously the Kardashian-Jenner family's) resident cosmetic dermatologist and Instagram's most followed medical practitioner. By translating his artistic skill into a measured science of symmetry and proportion (he always has a protractor at hand), Dr. Ourian has pioneered a signature non-surgical natural looking technique that has revolutionized the medical world and redefined beauty itself. No scalpels or long recoveries required, as Dr. Ourian spent decades perfecting his skill in non-invasive treatments, such as lasers, fillers and injectables to create mind-blowing transformative results best exemplified by his stunning celebrity clientele, many of whom volunteer to have their treatments videotaped for his candid and informative online posts. Coolbeam show and Coolaser are two of his numerous patented technologies That have become the gold standard techniques around the world. Dr. Ourian’s Epione empire has been built on the enhancement of natural beauty, precise contour and angle at a time. And multiple patents and his new at-home skin-care line, MDO, flawlessly complements his brand's focus on optimizing what Mother already gave you. The organic evolution of Epione's success story perfectly embodies Dr. Ourian's authentic self-that’s ironically anything but skin deep. In a world of air kisses and Insta filters, Dr. Ourian is a refreshingly humble, hard-working doctor with an expert eye and gifted hands the glitterati can actually trust.

At a very young age, Dr. Ravi Patel has always strived to learn and gain multiple experiences on a variety of things. Dipping his toes into various disciplines and traveling all across the globe to amass valuable experiences. Dr. Ravi Patel was born on 16 August 1992, in a suburb called Des Plaines near Chicago, Illinois. Throughout his career, he worked for different types of healthcare professionals such as Chiropractors, Surgeons, Physicians, Cardiologists, and Physical therapists to get a precise idea of his professional life. It was when he watched a patient improve in health

“Top 10 Entrepreneurs of 2020” – Yahoo Finance through chiropractic care that Patel realized what he was meant to do. It changed his perspective on health and wellness entirely and decided to pursue his career in Chiropractic Medicine at Life Chiropractic College West in 2016. It was at this time that he saw the potential of social media as a powerful tool in spreading more awareness of chiropractic care. At the same time, he handled his family business in the hotel industry alongside his parents, where he started scratching the surface of entrepreneurship and hotel management. In the midst of COVID-19 Dr. Ravi Patel has stepped up within his community in Sturgeon Bay, Wisconsin. Working hand in hand in congruence with the Health department of Door County, Dr Ravi Patel has worked on having an isolation/quarantine site ready by offering his hospitality business as an establishment for an avenue towards health and wellness. Understanding that the tools we have at our disposal should be as sharp and efficient as we want to be, Dr. Ravi Patel has left no stone unturned in trying to become a well equipped individual in his chosen field. He's definite proof that hard work, passion, and dedication can go a long way in reaching for your dreams.

Rodney Foster (@rodneyfoster7) is an Entrepreneur in Network Marketing, his journey starts in athletics where he had aspirations of playing in the NBA and after tearing his ACL those dreams were shattered.  So he went back to school to finish his Bachelors in Health Education at Langston University.  From there he took on any job he could to provide for himself and then thats where he almost gave up on living his dream life because he didn't know what to do with his life since he couldn't hoop again.  He got involved in the profession of Network Marketing over 11 years ago and was not an overnight success, from being homeless and car-less for over 3 years he found a company that has impacted his life and thousands of others as well.  He has always wanted to inspire people to be great and to go after their DREAMS no matter how BIG or foolish it may look or sound.  He is that person that if you hang around long enough he will have you believing you can make it happen. His network has done well over 30 million dollars in online orders since he began his journey in

his company.  He has been featured in Success from Home Magazine twice. He wants to continue to impact lives all over the world with helping to develop the mindset to win against all odds.

Robert “PT” Primes (@iam_robertprimespt) is an entrepreneur of diverse talents, who overcame tragic circumstances in 2015 that nearly cost him his life. A popular Houston Hip-Hop and R&B artist that rose to fame in 2015 with his hit single “I’ve Got a Problem”, with having over one million views on his music video in only a few hours. Robert now owns his own lounge Primes Hookah Lounge – One of the hottest lounges in the Houston Downtown area. PT invests heavily in his community, giving people jobs, operating a FOREX RADAR academy, providing social media and business growth initiatives, and mentorship programs. Most around him look at him as their life coach.

“Meet Me At The Top”. PT is dropping his first book and mixtape -This Was Never My Dream sometime this year. Motivational , inspirational & true story about himself.

Colin Heaney, native of Syracuse, New York has always gone against the grain. From failing 9th grade twice and dropping out of high school, nobody would have thought he would come this far “Top 10 Entrepreneurs of 2020” – Yahoo Finance in such a short amount of time. Just in this year alone, Colin has rocked the online sales and marketing industry. From developing his own social media growth agency and training hundreds of people in sales, he is changing the game for many individuals. Colin’s mission is to mold multiple young entrepreneurs into the best they can be.

Jacob Judah (@grao.21) is a 20-year-old British serial entrepreneur. He is currently developing the European technology and security startup company, Cylock. He began his career while during his A-Levels in London, UK creating a portfolio of several successful iOS games, including Colour Swipe and Mayfair Slots, amassing hundreds of thousands and of downloads which he went on to sell the entire selection of games for over six figures. He was also named one of TIME Magazine's Most Influential Teens of 2018.

With over 6 years of experience in the eCommerce space, the Shaikh brothers, Zan and Hassan Shaikh have taken the Amazon Consulting Industry by storm. With their cutting edge strategies and frameworks, the pair have cracked the code to successfully controlling sales volume for Sellers on Amazon’s platform. In less than 18 months the pair has already helped countless Sellers maximize their revenue and built an Amazon Consulting business with a 7-figure run rate. Whether you're looking to build a brand from scratch or are simply looking to exponentially increase your sales volume, The Shaikh Brothers have you covered with their hand-on approach with training to implement their systems, processes & frameworks to increase your income and brand value. With a vision to change & impact the lives of countless, their selfless mission of philanthropy is what drives them, we're excited to

see what this dynamic duo will accomplish.

Ian Stockdale is a rising Junior at the University of Washington pursuing a degree in construction management and a minor in real estate. He began reaching out to social media influencers to learn how the industry works. In doing so he became brand ambassadors for a dozen companies, hosting giveaways weekly. He used what small amount of capital he had and began investing in the stock market, crypto, and forex markets and turned his portfolio from a mere $8 into a five-figure portfolio.

A few years ago, Isaac lost 50lbs and became a new man. Isaac grew an Instagram presence, and worked with multiple companies including Kinobody and Jason Capital, generating millions of dollars from Instagram in only a year. Issac is here to change the fitness industry permanently, cutting through the lies, to eventually help millions of people transform their minds and bodies. Isaac is only just getting started, leaving a multiple 6 figure job to build my own coaching business, helping people get lean, powerful, and confident. Transforming into Hollywood shape.