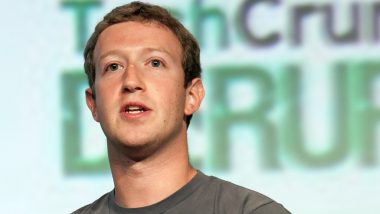 The partnership is a part of Meta's 'VC Brand Incubator Initiative' for the growth of micro, small and medium businesses in the country.

"As part of this initiative, Meta has partnered with India's largest VC funds. We are thrilled to now partner with Kalaari Capital that has been instrumental in the growth journey of many startups," said Ajit Mohan, VP and MD at Meta in India.

Kalaari Capital is an early-stage, technology-focused venture capital firm based in Bengaluru.

In the last three years, Meta has tied up with 16 VC funds, including Kalaari Capital, and has successfully skilled and mentored more than 500 small businesses at various stages of their growth journey.

With Kalaari Capital, Meta said it is going to have several young, invested businesses from emerging sectors such as ed-tech, social commerce, gaming, and fin-tech, among others participate in the initiative.

(The above story first appeared on LatestLY on May 25, 2022 04:16 PM IST. For more news and updates on politics, world, sports, entertainment and lifestyle, log on to our website latestly.com).