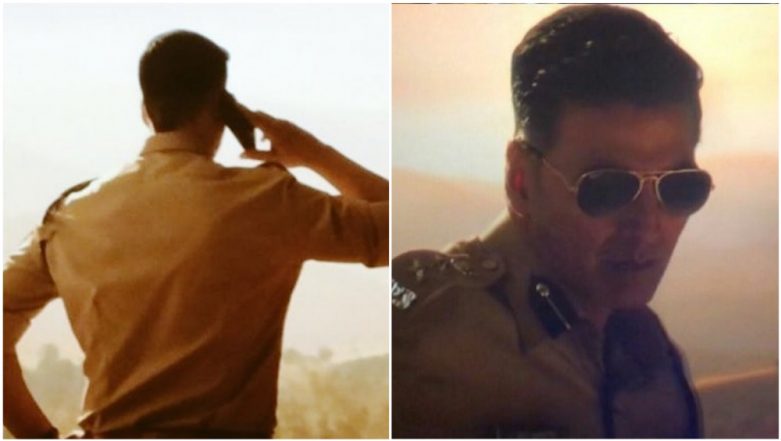 Akshay Kumar's cameo in Rohit Shetty's Simmba was one of the best ones we have seen in recent times. It was also one of the best-kept secrets and we're so glad for his presence was not revealed earlier. The actor is all set to star in Shetty's next directorial, Sooryavanshi, which is slated to release in 2019. Yes, it's a cop drama and we bet the actor will suit the role aptly. While no other details about this project are out yet, we know he plays an ATS chief. Oh, and we also know whom will he romance in it. The actress is still trying hard to get a hold in the industry but the Khiladi of Bollywood has already worked with her in Housefull 4. No, it's not Kriti Sanon but Pooja Hegde. Akshay Kumar-Rohit Shetty's Film Sooryavanshi to Go on Floors Sooner Than You Think!

Revealing details about the actress' role in the film, a source close to Bollywood Bubble said, "There’s hardly any space for a heroine. That’s how most of Rohit’s films are designed except a few. The cop dramas have always had minute roles for all the actresses and it’s a similar case for Sooryavanshi as well." Going ahead, the source revealed Pooja's name. "Pooja Hegde will be seen opposite Akshay. He has been instrumental in telling Rohit to consider her for the part. Akshay and Pooja are paired opposite each other in one of the portions in Housefull 4." Simmba: Akshay Kumar’s Sooryavanshi, Ajay Devgn’s Golmaal 5 – 5 Upcoming Movies Teased by Rohit Shetty in Ranveer Singh’s Film.

This will be Pooja's third film in Bollywood after Mohenjo Daro and Housefull 4. Like Simmba, Sooryavanshi too is expected to release on December 27, 2019. Let's hope the Gold actor is able to end this year with a bang as Ranveer did in 2018.