Anupam Kher Birthday: 6 Dialogues of the Veteran Star Which Prove His Acting Versatility!

Anupam Kher turns a year older on March 7, 2020, and so we thought of lauding the actor's versatility as an artist by flaunting some hos famous dialogues. Check it out! 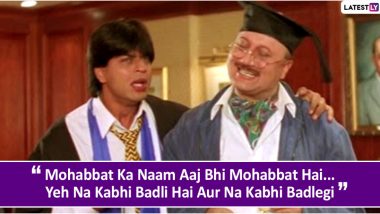 Anupam Kher is one of the finest actors we have in Bollywood. Not just a regular star, Kher has entertained fans for more than 3 decades and is still doing the same. Well, it was in the year 1984 when Anupamji played the role of a retired middle-class man in Saaransh and won hearts. The interesting part about this film was that he played the role of a 69-year-old man at the age of 29. Last seen on the silversceen in The Accidental Prime Minister where he portrayed the role of former Prime Minister, Manmohan Singh, the actor has worked in more than 500 films till date. Apart from nailing it in the Hindi cinema, Anupam has also acted in a few Hollywood flicks. And as the actor turns a year older today (March 7), we thought of lauding his versatility as an artist by listing down his dialogues which became famous and how. Naseeruddin Shah Calls Anupam Kher a ‘Clown’; Mocks PM Narendra Modi’s ‘Entire Political Science’ Degree (Watch Video).

Over the years, he has worked with many B-townies. Right from Shah Rukh Khan, Salman Khan to a current lot of stars like Varun Dhawan, Aditya Roy Kapur among others, Kher has humongous experience under the belt. And owing to the same, it was a way too difficult for us to filter a few dialogues, but we've tried our best to bring to you the best. So, without further ado, let's have a look at a few of Anupam Kher's dialogues from his films. Anupam Kher to Perform His Long-running Play ‘Kuch Bhi Ho Sakta Hai' in US. 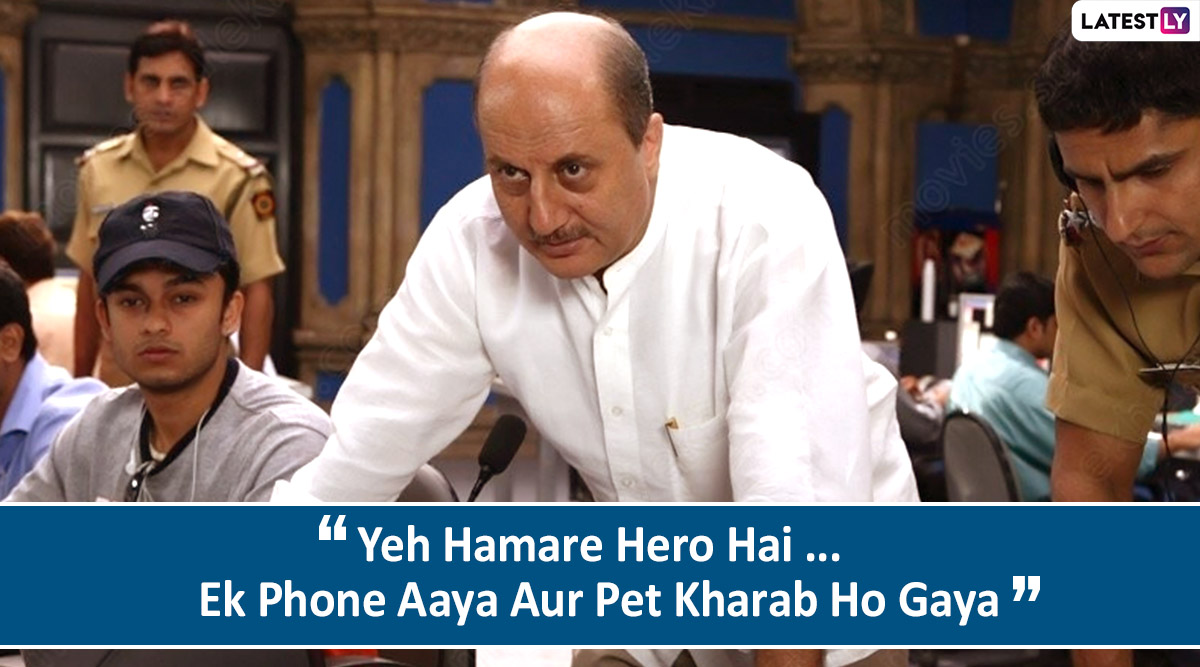 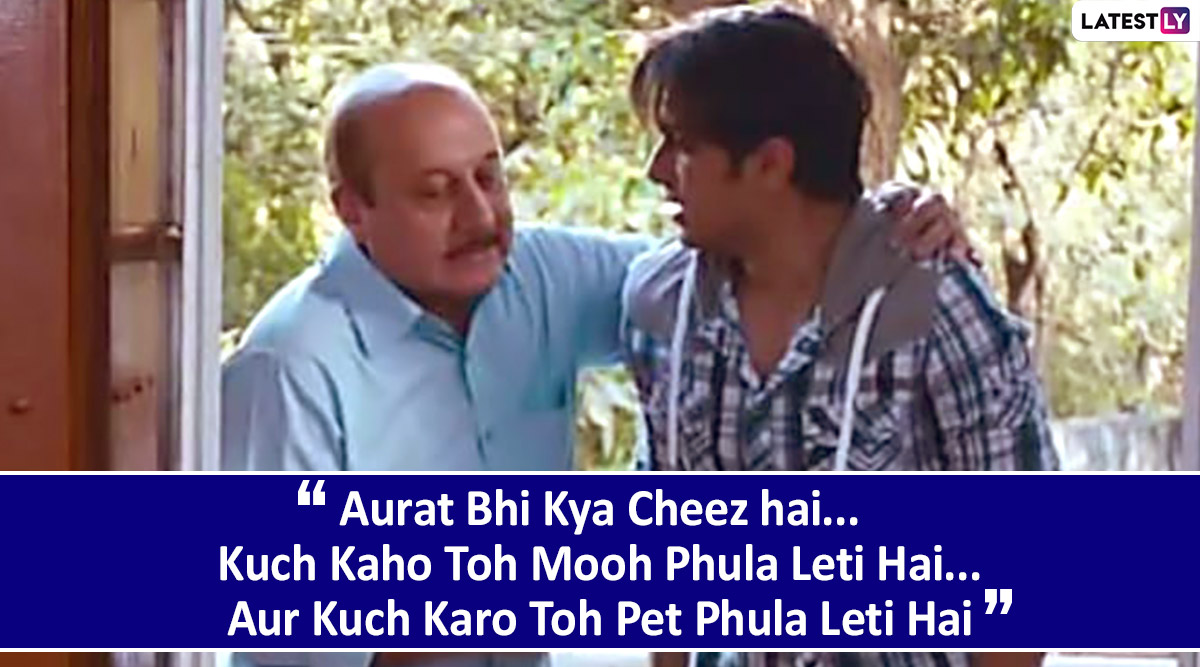 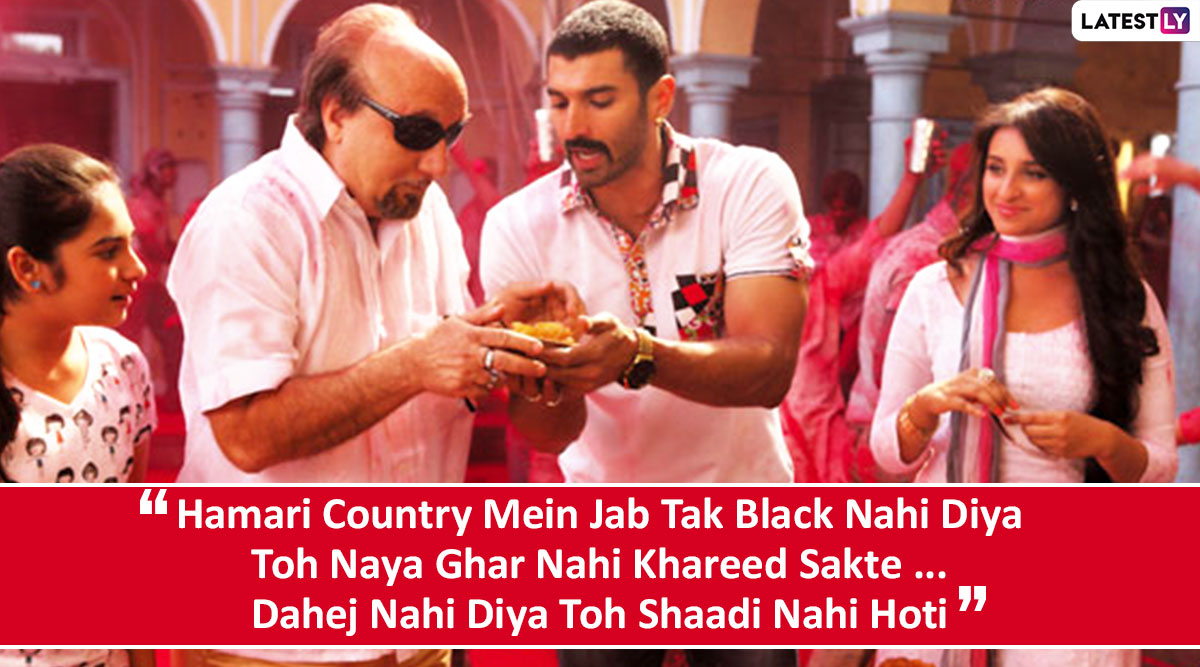 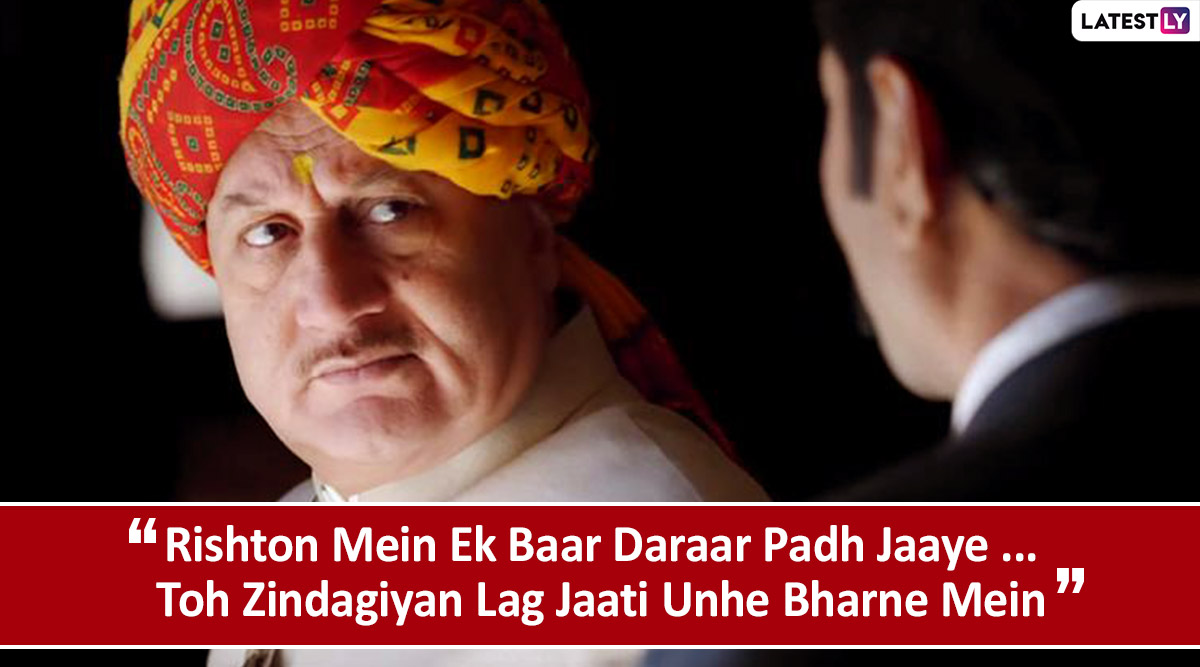 So, which one from the above is your favourite dialogue of Anupam Kher? Must say, if we go through his career graph, the veteran actor has played all shades of characters on the silverscreen which prove his versatility. LatestLY wishes Anupam Kher, a happy birthday. Stay tuned!

(The above story first appeared on LatestLY on Mar 07, 2020 08:06 AM IST. For more news and updates on politics, world, sports, entertainment and lifestyle, log on to our website latestly.com).