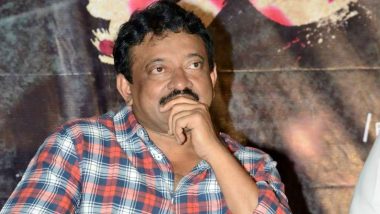 Filmmaker Ram Gopal Varma is gearing up to release his upcoming film, D Company, said to be based on the life of underworld don Dawood Ibrahim. Budding actor Ashwat Kanth plays the gangster while Ashwat's brother Rudr Kanth will essay Dawood's late elder brother Shabir Ibrahim Kaskar. "The film touches upon his life in detail. Where did he start, how did he form D Company. Apart from the story line, what is interesting is my brother and I are playing reel brothers on screen. D Company Trailer: Ram Gopal Varma Calls His New Gangster Movie ‘The Mahabharat’ Of Underworld!

That is rare! We translated our real-life chemistry on screen and it wasn't so difficult," says Ashwat. Adds Rudr: "The film talks about the formation of D Company. Dawood and Shabir's bond and their journey. Not only that, it is rare to see two real-life brothers play reel-life brothers against an underworld backdrop. Because of the casting, the scenes look real." Ram Gopal Varma’s Film Murder Green Lit By Telangana High Court, Filmmaker Can Release Movie After Changing Real-Life Character Names

Ashwat bagged the role by submitting his audition tape, and then suggested his brother Rudr be auditioned. They also sent across a picture of them together.

(The above story first appeared on LatestLY on Feb 16, 2021 08:50 PM IST. For more news and updates on politics, world, sports, entertainment and lifestyle, log on to our website latestly.com).