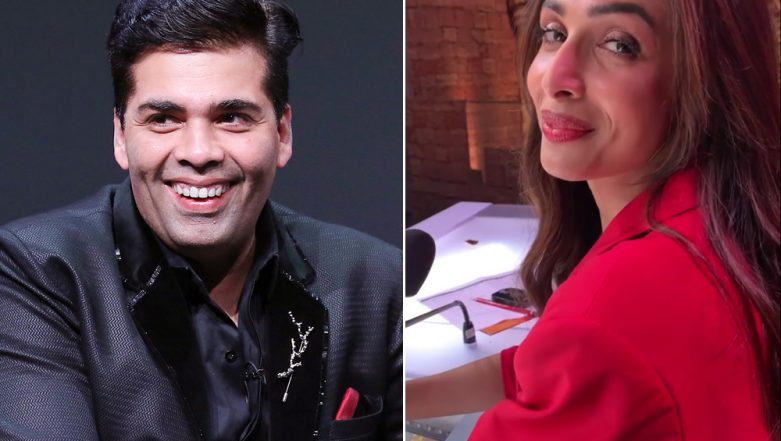 Malaika Arora and Arjun Kapoor's relationship is no more a secret. The two have been angoing out togrther way too frequently since the Lakme Fashion Show event earlier this week.  Unlike before, they are no more keen on hiding their relationship anymore. These outings created the rumors that might get married soon. Now, in the recent episode of Koffee With Karan 6, Kjo hinted that Malaika might walk the aisle soon.

In the episode, where Aamir Khan was invited as the guest, Malaika made a guest appearance. As she entered, both the men held her hands to receive her. Karan Johar then added, "We are walking down the aisle.. that will also happen in your life soon enough.” Malaika brushed it aside and laughingly said, “Stop it now.. stop now.."

The duo was recently spotted at the big Diwali bashes hosted by designer Sandeep Khosla and actor Shah Rukh Khan. They also recently vacationed together in Milan to celebrate Malaika's birthday. They were snapped outside the airport that made fans root for the couple. Malaika Arora and Arjun Kapoor To Make Their Relationship Official After This Party?.

Earlier, a source exclusively told us, "Arjun is very serious about Malaika and is very sincere about this relationship. Even when she was not ready to tie the knot Arjun showed solidarity and support. He is a very emotional guy who followed her to convince that their relationship will be successful. The two are likely to take it to next level, given their bonding and understanding."