FIR has been lodged against Ganesh Acharya with the Amboli Police Station after a woman accused him of sexually harassing her. 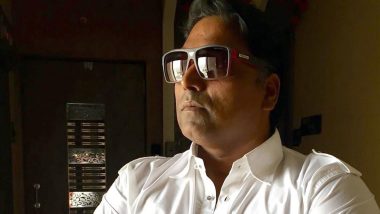 Choreographer Ganesh Acharya is in a difficult spot now. As per PTI, an FIR has been lodged against the choreographer with Amboli Police Station. Two other women have also been named, Jayashree Kelkar and Preeti Lad, who allegedly beat up the woman on January 26. Nobody has been arrested yet. Acharya had denied all such allegations a week before. A few days back, a senior background dancer had reached out to the National Commission for Women claiming she was sexually abused by the choreographer. Ganesh Acharya Controversy: Complaint Filed Against Choreographer by 33-Year-Old For Allegedly Forcing Her To Watch Adult Videos

A Mid-Day report had quoted the dancer saying, "It happened to me three decades ago. I have been married and have had kids, but he hasn’t changed one bit. When I read about the FIR, I knew I had to speak up too. In 1990, I used to go to Sahiba hall in Andheri West where several masters take dance classes. Acharya used to assist Kamal masterji. I was 18 then and working as a non-member dancer.”

The complainant also accused the choreographer and the two women of assaulting her during a function of the  Indian Film and Television Choreographers Association in Andheri.

(The above story first appeared on LatestLY on Feb 05, 2020 06:23 PM IST. For more news and updates on politics, world, sports, entertainment and lifestyle, log on to our website latestly.com).