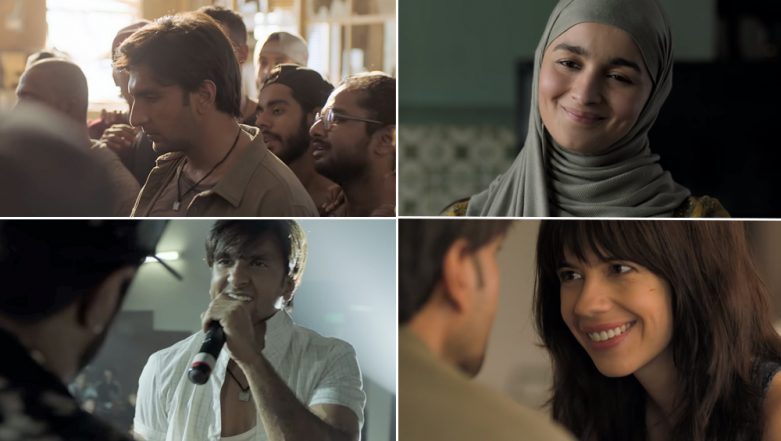 If there is an actor who has hit a purple patch in his career in recent times, it is Ranveer Singh. Two of his movies in 2018 have crossed the Rs 200 crore mark at the box office in India  -  Padmaavat and Simmba - and he received high appreciation for his performances in both the film. While he did play to the galleries with his OTT portrayal in both Padmaavat and Simmba, he is dialling it down for his upcoming film, Gully Boy. Playing an ambitious underground rapper in the movie, Gully Boy reunites him with his Dil Dhadkne Do director Zoya Akhtar. Ranveer Singh and Alia Bhatt's Gully Boy Will Have Its World Premiere At The Berlin Film Festival.

Alia Bhatt is the other lead, working with both Singh and Akhtar for the first time in a movie (she and Ranveer have done a few Make My Trip ads together). Their fresh pairing is a highlight of Gully Boy, but not beyond Ranveer Singh's newly acquired rapping skills. Zoya Akhtar knows how to create relatable drama even through mundane scenes and the rise of a boy from the slums to heights of popularity is a great canvas to show her skills. Ranveer's family background involving an abusive father, played by Vijay Raaz, has its moments. Alia Bhatt also gets the moments to shine as the aggressive Muslim girlfriend. Kalki Koechlin has little to do in the trailer. Gully Boy: Ranveer Singh Finds a Fan in TV Hunk Nakuul Mehta – Watch the Actor Rapping Asli Hip Hop.

However, the best bits are the rap portions, especially the street rap battle.

Gully Boy is produced by Excel Entertainment. The movie is all set to have a world premiere at the Berlin Film Festival. In India, Gully Boy will release on Valentine's Day, i.e. February 14.