Apart from this, the source also revealed that the movie will go on the floors by the month of June/July if it works for Alia and Ranveer. The film will be shot at real locations in India. 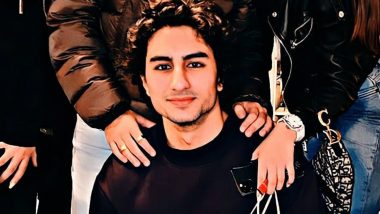 The name of a bunch of star kids has been in the pipeline for their Bollywood debut. While Shanaya Kapoor has already bagged a Karan Johar film, people were eager to know what Saif Ali Khan's son Ibrahim Ali Khan is up to.  The star kid who already has a huge fan following has often expressed his will to work in the industry and now if reports are to be believed, Khan will be working with Karan Johar on a film starring Alia Bhatt and Ranveer Singh. It is being said that Ibrahim will come on board as the assistant director. Kareena Kapoor Khan Wishes Ibrahim Ali Khan On His Birthday With A 'Hey Good Looking!' Post.

“But no, there are no plans of launching him at present. He has come on board the film, just because he wants to understand the process of filmmaking. He is a young kid, still studying and yet to even decide if he wants to be an actor, director or something else,” a source told Pinkvilla, talking about Ibrahim's career plans. Apart from this, the source also revealed that the movie will go on the floors by the month of June/July if it works for Alia and Ranveer. The film will be shot at real locations in India with Alia and Ranveer getting involved in some acting workshops before they kickstart the film.

Earlier, talking about Ibrahim's acting debut, his sister Sara Ali Khan had said, "He has not even gone to college yet. So, I think acting is like a while away. It's definitely something he is interested in and something he is passionate about. He is gonna study film in LA. So, if he wants to do something he will do it." She went on to talk about his obsession with Tik Tok and said, "I think Ibrahim was the first one to get on TikTok and he tells me very often, "Let's make a TikTok" and I am like, "Okay, what do we do? You'll have to tell me what to do?" Coz I am not very good...I see a lot of these TikTok videos and I am not so good at it. So I was like, "Ibrahim, you tell me what to do?" The only thing I can do is "Knock Knock, who's there? and you don't find them very funny." Sara Ali Khan Wishes Ibrahim Ali Khan on His Birthday, Calls Him Iggy Potter.

While the makers are yet to make an announcement about the untitled film, Ranveer Singh is busy with other projects. He recently wrapped up Cirkus which reunites him with Rohit Shetty. He also has '83 in his kitty. The film will see him essay the role of Kapil Dev. Deepika Padukone is also a part of this film. He also has Jayeshbhai Jordaar in his kitty. As for Alia, she will be seen in Brahmastra next. She also has RRR in her kitty.

(The above story first appeared on LatestLY on Mar 30, 2021 09:05 PM IST. For more news and updates on politics, world, sports, entertainment and lifestyle, log on to our website latestly.com).