Ishaan Khatter Birthday: 10 Dance Videos of the Actor That Will Leave Your Breathless

Ishaan Khatter is a future superstar. The actor, who is celebrating his 23rd birthday today, has impressed the lot with not just his acting calibre but also with his dancing skills. 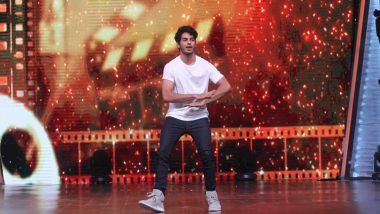 Ishaan Khatter is a future superstar. The actor, who is celebrating his 23rd birthday today, has impressed the lot with not just his acting calibre but also with his dancing skills. Even when he's starring in Iranian director Majid Majidi's Beyond the Clouds, he gets a dance sequence - including few seconds long "Muqabla" sequence. Khaali Peeli might not have impressed everyone, but Ishaan's dancing abilities were once again noticed. Not to forget, he kept the fans entertained in lockdown with his dance videos. Khaali Peeli Movie Review: Ishaan Khatter-Ananya Panday’s Taxi Ride Is Entertaining in Parts.

Dance is a way of fitness and a source of happiness for Ishaan. "I tried different styles of dance. I started the day with basic ballet. Dancing is pure joy. It’s always going to be the easiest way to burn calories, but dance so much more than fitness for me. Fitness is co-related but is, in a way, a separate passion of mine," he has said.

So, today, to celebrate his birthday, we are going to compile a list of rocking dance numbers that actor has appeared in. From movie songs to stage shows to Instagram video - are going to go to the depths of the ocean to get the best of his dancing skills. Enjoy.

Yeah you may be confined.. but you can still move ;) Dancing into the twilight..

Ishaan Dancing At A Song Launch

Made up on the fly.. a lil jig on Muqabla for the lil masters! Catch the episode at 9pm on Zee TV.

This Funny Dance Video with Janhvi

On the work front, Ishaan was last seen in Mira Nair's miniseries, A Suitable Boy, which is streaming on Netflix. The actor stars opposite Tabu in the show. He will soon start shooting for the horror-comedy, Phone Booth, with Katrina Kaif and Sidhant Chaturvedi. He will also be seen in Pippa, alongside Mrunal Thakur and Priyanshu Painyuli.

(The above story first appeared on LatestLY on Nov 01, 2020 12:10 AM IST. For more news and updates on politics, world, sports, entertainment and lifestyle, log on to our website latestly.com).