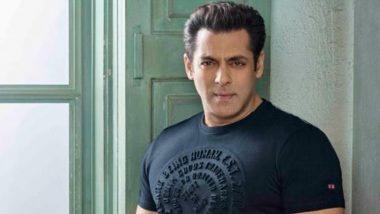 Late actress Jiah Khans mother Rabia Khan has condoled the death of actor Sushant Singh Rajput, and slammed Bollywood for its bullying culture. She also recalled the time when superstar Salman Khan tried to sabotage the investigation of her daughters suicide in 2015 and protect Sooraj Pancholi with his power. "What happened with Sushant, has reminded me of 2015 when I went to meet CBI officer who had called me down from London. He said please come, we have found some incriminating evidence. Jiah Khan’s Mother Rabia Khan Condoles Sushant Singh Rajput’s Death, Says ‘Bollywood Has to Change’

I land up over there and he says, ‘Oh, by the way, Salman Khan calls me every day and says he has invested a lot of money, please don't harass the boy, please don't interrogate him, don't touch him. So what can we do, madam?' He was annoyed, he looked frustrated," Rabia said in a video on Spotboye. "My condolences to Sushant Singh's family. It is very heartbreaking, it is not a joke. Bollywood has to change, Bollywood has to wake up. Bollywood has to completely demolish bullying. I have to say bullying is also kind of killing somebody," she added. Sushant Singh Rajput’s Father Informs Police That He Wasn’t Aware of the Actor’s Depression, Reveals He Would Feel ‘Low’

Rabia continued: "If this is what is going to happen that you are going to pressurise and use your money and power to sabotage deaths and investigations, then I don't know where we citizens can go to." Jiah committed suicide at her residence in Mumbai in 2013. She was 25. Her alleged boyfriend Sooraj was charged with a case of abetment to Jiah's suicide. Sushant was found hanging at his residence on June 14. He was known for films like "Kedarnath", "Chhichhore" and "MS Dhoni: The Untold Story". He is survived by his father and four elder sisters.

(The above story first appeared on LatestLY on Jun 17, 2020 07:42 PM IST. For more news and updates on politics, world, sports, entertainment and lifestyle, log on to our website latestly.com).