Jungle Cry is an upcoming sports drama set to release on Lionsgate Play. The film stars Abhay Deol, Emily Shah and Atul Kumar. It will release on June 3, 2022. 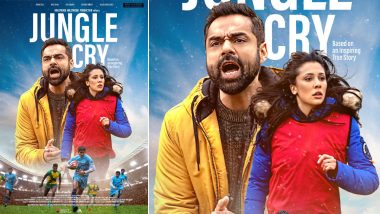 Jungle Cry is all set to release this Friday on Lionsgate Play and it will tell a story that was inspired by real life. Directed by Sagar Ballary, it's a story about hope and optimism and will feature the sports of Rugby with Abhay Deol leading the cast. Early buzz about the films have been raving about it being a feel good film, and with its release right around the corner, it definitely has some excited. So before Jungle Cry releases, let's take at some of the key details of the film. OTT Releases of the Week: Bobby Deol’s Aashram Season 3 on MX Player, Abhay Deol’s Jungle Cry on Lionsgate Play, Jacob Verghese’s 9 Hours on Disney+ Hotstar and More.

Abhay Deol will star in this film as Rudra. He will be joined by Emily Shah, Stewart Wright, Julian Lewis Jones, Richard Elfyn, Sherry Baines and Atul Kumar.

The plot of Jungle Cry is inspired by a true story. It will follow 12 underprivileged children from Kalinga Institute, who will be trained in the sports of Rugby. From there, they will be given the opportunity of a lifetime as they will compete in the International Junior Rugby Tournament which is being held in UK.

Watch the Trailer For Jungle Cry

Jungle Cry will exclusively release on Lionsgate Play on June 3, 2022, and will be available to stream on the platform then. Jungle Cry: Abhay Deol Elated About the Global Theatrical Release of His Rugby Film.

Jungle Cry reviews are out. Click here to read what Rohit Rajput of LatestLY has to say on Abhay Deol's sports drama.

(The above story first appeared on LatestLY on May 30, 2022 02:12 PM IST. For more news and updates on politics, world, sports, entertainment and lifestyle, log on to our website latestly.com).