Abhay Deol-starrer Jungle Cry, a rugby film, is set to have an international theatrical release in countries including the US, Canada, Germany, France, Australia, New Zealand, Singapore and South Africa soon. 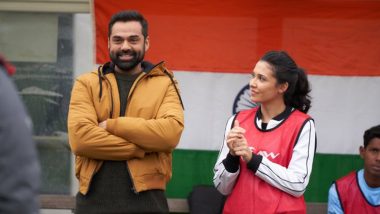 "Jungle Cry is a story that defines nothing is impossible. It is an incredible story and I am really proud and honoured to be a part of it. With the movie set to release across the globe, it will get the audience to witness the amazing journey of the young Indian tribal boys of my country and their achievement," Abhay said. Directed by Sagar Ballary and produced by Bollywood Hollywood Productions, the movie also stars Emily Shah, Atul Kumar, Stewart Wright and Julian Lewis Jones. The film has cameo appearances by eminent sportsmen Nigel Owens and Colin Charvis. Janhvi Kapoor and Rajkummar Rao’s Roohi-Afzana Gets a New Title and a Release Date, Film Will Now Clash with Kiara Advani’s Indoo ki Jawaani on June 5, 2020.

There will be a special screening in Wales, hosted by the Government of Wales. It will take place on March 10. "Jungle Cry is truly an inspiring film that promotes education, sports and helps eradicate poverty and create patriotism for every nation and we are very excited to release it to a global audience of cinemagoers in March," said Prashant Shah of Bollywood Hollywood Productions.

(The above story first appeared on LatestLY on Feb 20, 2020 06:47 PM IST. For more news and updates on politics, world, sports, entertainment and lifestyle, log on to our website latestly.com).