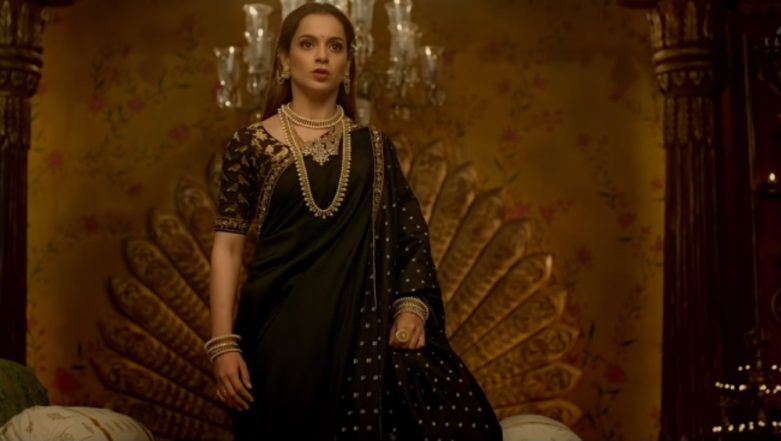 Kangana Ranaut has turned many heads in the past for her bold statements, fearless attitude, and rebellious demeanour. The actor is currently riding high with the success of her latest film Manikarnika: The Queen Of Jhansi. The movie has been critically acclaimed and received a wide applaud by the audiences. Icing the cake of success, the movie has now entered the 100-crore club, which has made the actor go ecstatic about it, rightly so. However, in a recent interview with a leading daily, Kangana revealed that the film’s release looked difficult once, but they were proud of the product. Kangana Ranaut Badmouths Pakistan for Pulwama Terror Attack But Forgets That Manikarnika: The Queen of Jhansi is Running in Pakistani Theatres Till Date.

Talking to Mid Day, Kangana said, “There was a time when the film's release looked difficult. But after we made the movie, we knew we had a product to be proud of."

Manikarnika: The Queen Of Jhansi was released on the same day as Nawazuddin Siddiqui’s Thackeray. Thackeray was also a biopic based on Shiv Sena founder Bal Thackrey. However, the greater competition to Kangana’s film was Vicky Kaushal’s URI: The Surgical Strike, which released on January 11.

The Queen actor further revealed that her team never considered URI to be a threat to their biopic.

"None of us expected the competition we got from Uri. It was another patriotic film that shared the same theme - fighting back for the nation. It was in its third week, but it still put up quite a tough fight," admitted Kangana.

Vicky Kaushal’s film has turned out to be the first blockbuster of 2019 and has already crossed the Rs 200-crore mark. Kangana Ranaut Accused of Stalling Mental Hai Kya Shoot; Producer Denies Incident.

Talking about Manikarnika, Kangana feels her film has made a greater difference and opened a gateway to women-centric films. "It has been made on 1/3rd the budget of any period film, or even a regular commercial movie, for that matter. And we have recovered the cost. I am glad it has become a landmark film. We have made considerable headway for women-centric films," added Kangana.