Kangana Ranaut to Play an Air Force Pilot in Tejas! Sarvesh Mewara’s Directorial to Go on Floors in July 2020 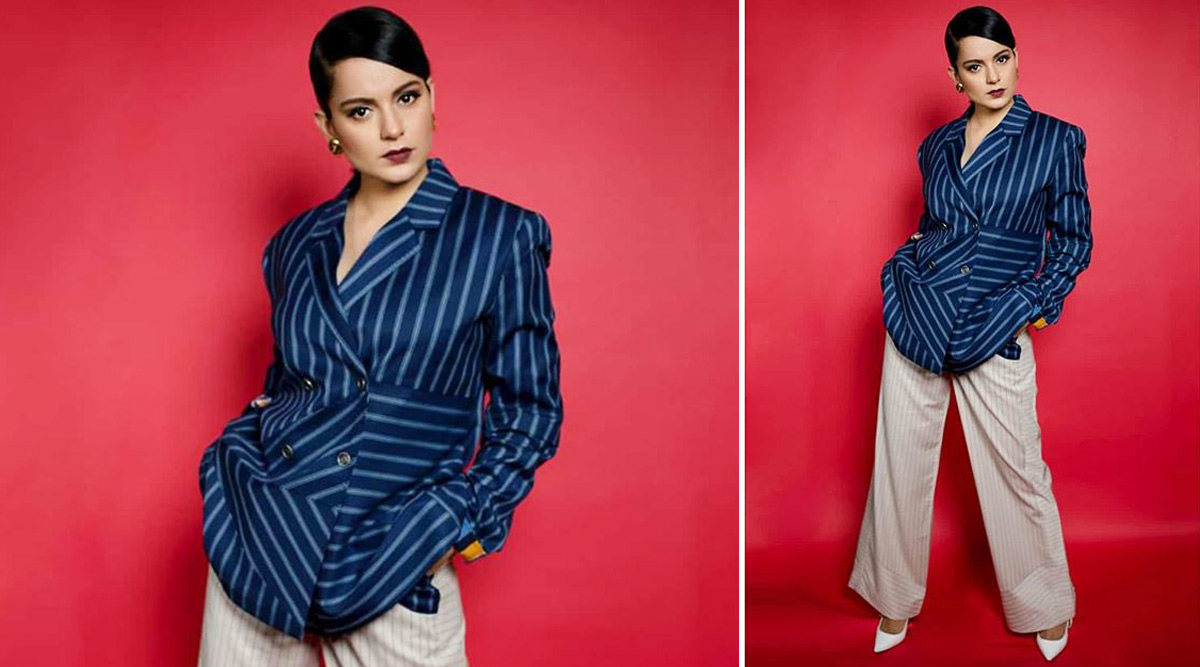 Kangana Ranaut clearly does not fear to experiment with her roles. Her choice of films have always left the audience impressed. Today her film Panga, an Ashwiny Iyer Tiwari directorial, is releasing and the audiences are eagerly looking forward to it. Critics have already given the film a thumbs up. Right now we are excited to hear about her role in her next flick. The three time National Award-winner is all set to play another challenging role, an air force pilot. Panga Movie Review: Kangana Ranaut and Ashwiny Iyer Tiwari's Entertaining and Moving Film Will Make You Call Your Mother.

Kangana Ranaut has confirmed to a leading daily that she is going to play the role of an air force pilot in the upcoming flick, Tejas. The movie will be helmed by Sarvesh Mewara and be produced by Ronnie Screwvala. The film is all set to go on floors in July and we are pretty excited to see Kangana in a new avatar. Talking about this upcoming project Kangana told BT, “I’ve always wanted to play a soldier and have been fascinated with the Armed Forces since childhood. I’ve never held back my emotions for our jawans and spoken openly about how strongly I feel about their heroism. They keep our country secure and our people safe. So, I’m very happy to be doing this film.” Panga Movie: Review, Cast, Box Office Prediction, Budget, Story, Trailer, Music of Kangana Ranaut, Richa Chadda, Jassi Gill Starrer.

The 32-year-old actress signed the film two weeks ago. She needs to undergo special training before the shooting begins. About it she mentioned, “I will undergo intense training before the shoot starts. My director has decided to get professional trainers on board.” She also stated, “Right now, I’m too deep into Thalaivi (the biopic of former Tamil Nadu Chief Minister Jayalalithaa). After that, we’ll get to Tejas, which we will start this year itself.” Stay tuned for more updates from the world of entertainment.