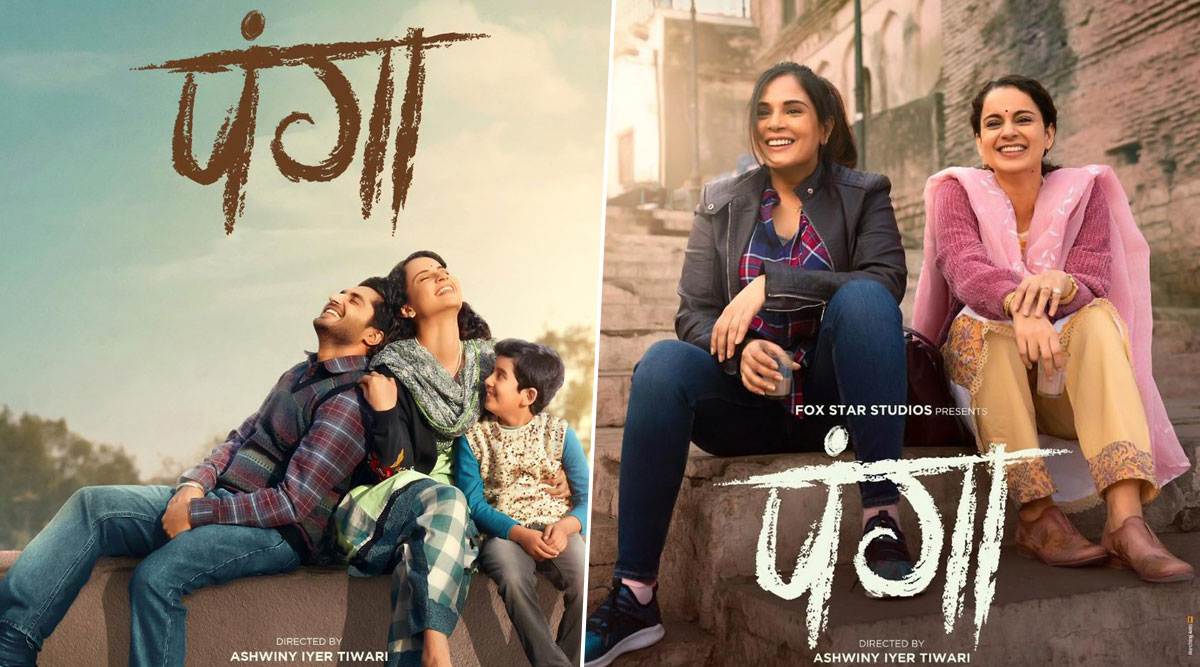 After directing Swara Bhaskar's 2016 acclaimed film Nil Battey Sannata and Ayushmann Khurrana, Rajkummar Rao's 2017 hit Bareilly Ki Barfi, Ashwiny Iyer Tiwari comes up with her third directorial Panga. Starring Kangana Ranaut, Richa Chadda and Punjabi singer Jassi Gill in the lead, its trailer has impressed the audiences in the first place. While Kangana Ranaut plans to produce projects through her own venture Manikarnika Films, the actress' last outing Judgemental Hai Kya (2019) had flopped at the BO. Will the Manikarnika star register a hit at the ticket window or will it be another flop in line only time will tell. Inside Edge fame, Richa Chadda also plays a pivotal role along with Jassi Gill, Panga is a story about a forgotten kabaddi player who is trying to make a comeback with all the responsibilities she has as a married woman. Are Ali Fazal and Richa Chadha Getting Married? Panga Actress Clarifies.

Panga clashes with Varun Dhawan, Shraddha Kapoor, Norah Fatehi's Street Dancer 3D that releases on the same day. Ashwiny Iyer Tiwari's husband Nitesh Tiwari who last delivered a 100 crores hit Chhichhore is credited with screenplay. It will be interesting to see how Panga will pull the right chord among the viewers. Just before you plan to watch the Kangana Ranaut, Richa Chadda starrer in the theatre near you, Here is everything you need to know about Panga. Kangana Ranaut Calls Virat Kohli Panga King of Team India

Panga takes inspiration from the real-life of a national level Kabbadi player from India. The sports drama showcases all the struggle of a married woman who wants to make a comeback in sports going through all the societal stereotypes. The film also highlights the bright side of the coin and how the protagonist gets love and support from family to be successful once again.

Here is the Official trailer of Panga

The Music of Panga is composed by Shankar–Ehsaan–Loy with its lyrics written by Javed Akhtar.

Here is the complete Audio Jukebox of Panga

Panga is a low-budget movie made on an estimated Rs 25 crores including print and advertising cost. The Kangana Ranaut starrer needs to cross the Rs 50 crores mark at the BO to be a super-hit.

Panga is a movie that would surely work well in the metro cities considering the multiplex audiences. The film would start off slow but is expected to pick up if the word of mouth publicity comes into the picture. LatestLY predicts the opening day figures of Panga to be somewhere around Rs 4-5 crores. The film would cross the double-digit mark in its opening weekend.

The movie review of Kangana Ranaut's Panga is not out yet. LatestLY will be uploading our review soon. Till then, stay tuned with us and come back to know our opinion about this Ashwiny Iyer Tiwari directorial.