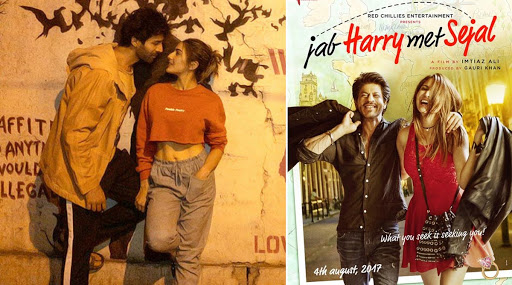 Kartik Aaryan's box office fortune gets better with every film. Love Aaj Kal which released last Friday, beat Pati Patni Aur Woh to become his biggest opener ever. It earned Rs 12.40 crore on its first day while PPAW was at Rs 9.10 crore. A double-digit opening day will surely do wonders for the film and Valentine's Day has a huge role to play here. But despite all that, it couldn't become Imtiaz Ali's biggest opener. Thanks to Shah Rukh Khan, Jab Harry Met Sejal still keeps that feat to itself. The film had earned Rs 15.25 crore without Valentine's Day. Imtiaz Ali On Jab Harry Met Sejal’s Failure: I Should Have Waited And Made It Later (Watch Video)

Honestly, it isn't a great thing to rejoice because Jab Harry Met Sejal is considered as Imtiaz's biggest cinematic and commercial failure. Despite SRK romancing Anushka Sharma, the film bit the dust because of uninteresting writing and faulty execution. So this is a very small victory which shouldn't even be celebrated.

But what we fear Love Aaj Kal might feel the pinch in the coming days. Reviews have been extremely divided about the movie and also about how Imtiaz treated his own story. But Kartik has a crazy fan following and they love to watch him with Sara Ali Khan. That could help the film move ahead but will it manage a Rs 40 crore opening weekend? Saturday numbers will reveal the same.