Katrina Kaif Reacts to Salman Khan’s ‘Bhai’ Joke and Other Jibes, Says ‘I Give It Back When I Have To’ 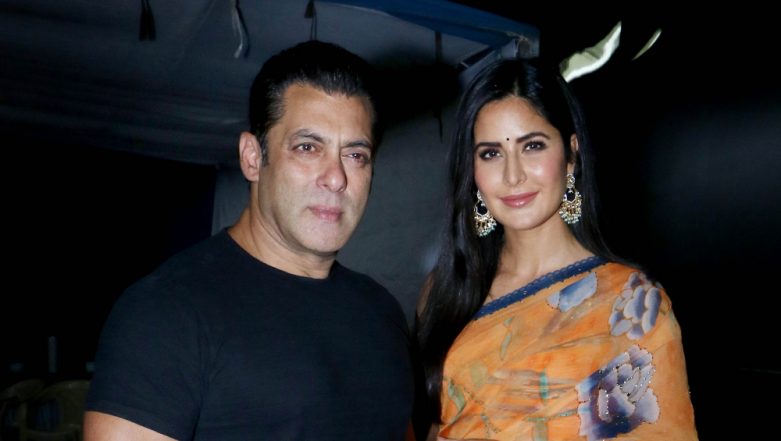 Katrina Kaif and Salman Khan are reuniting for a film once again. Bharat, opens in theatres this Friday and has generated a good buzz for itself. Salman and Katrina's chemistry is also a reason why we expect fans to flock to the movie halls. During a press conference, Salman had quipped how he is not Katrina's' 'bhai'. And that is just one of many jokes that he has cracked at her expense. Well, reacting to all of those times, the actress has opened up in an interview with Pinkvilla. She said, "He pulls everyone's leg. It's his personality which makes everyone feel comfortable. Everyone smiles around him," adding, "I'm not a silent lamb. I give it back when I have to," Salman Khan Takes a Dig at Priyanka Chopra AGAIN, Katrina Kaif Tells Him to 'Relax' – Watch Video.

Katrina further reacted to the bhai joke that Salman had cracked. "Of course, he's not my brother. He's a friend but that's also about the humour he is known for," she said.

The two actors were romantically involved with each other at one point in their lives. They continued to work together and being cordial to each other even after parting ways. In a dialogue promo of Bharat, Katrina's character proposes marriage to Salman's character. Salman's sister, Arpita, shared the promo on her social media pages and wrote, "How I wish". Katrina Kaif Shares a Snap From Salman Khan Starrer Bharat, Reveals the Other Side of Her Character – View Pic.

Bharat has been directed by Ali Abbas Zafar. This will be the second collab between Ali, Katrina and Salman. The trio's first film together, Tiger Zinda Hai, was a huge hit at the box office.