Kunaal Roy Kapur: I Don’t Like Malice When It Comes to Feedback About My Acting

Actor Kunaal Roy Kapur doesn't like malice when it comes to feedback about his acting. He adds that he is up for constructive criticism from the audience. 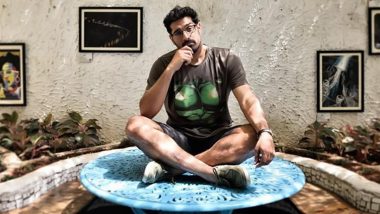 Actor Kunaal Roy Kapur doesn't like malice when it comes to feedback about his acting. He adds that he is up for constructive criticism from the audience. "I try to make the best of the opportunities that come my way. I don't know whether I am overrated or underrated. I just want to act and get better with each performance. I feel there are many areas where I can improve and there are many genres I would like to explore," Kapur said. The actor is currently seen in the Kajol-starrer OT-released film Tribhanga: Tedhi Medhi Crazy. Footfairy Trailer: Gulshan Devaiah and Kunaal Roy Kapur Starrer Thriller Looks Promising (Watch Video)

"I hope that after this film, people will start seeing me in a different light," he said about "Tribhanga". "As long as I am getting work and as long as I am getting some sort of feedback, I am happy with it. I don't like malice when it comes to feedback. When people have some genuine opinion about my acting, then I am more than happy to take it," said Kapur. Kunaal Roy Kapur Romances with Sanjay Dutt’s Niece Nazia Hussain in Upcoming Film Mushkil

Written and directed by Renuka Shahane, "Tribhanga" features Tanvi Azmi and Mithila Palkar along with Kajol in the leading roles. The film revolves around a dysfunctional family of three women and their unconventional life choices. The title is derived from an indian classical dance pose from Odissi, which is described as imperfect but beautiful, quite like the lives of the three women.

In the film, Kapur plays Milan, a writer who helps Nayantara (Tanvi Azmi) in writing her autobiography. Talking about the role, Kapur said: "When I went through the whole script, I wasn't very confident because my background is not very similar to the character, so I was quite concerned whether I would be able to play the character, but Renuka had full faith in me."

Talking about audience feedback, Kapur claimed: "I have been getting a lot of messages and calls from my family and friends. They are very happy with the film and my performance, so I am lapping up all the love and attention." Tribhanga: Tedhi Medhi Crazy streams on Netflix.

(The above story first appeared on LatestLY on Jan 20, 2021 09:31 PM IST. For more news and updates on politics, world, sports, entertainment and lifestyle, log on to our website latestly.com).