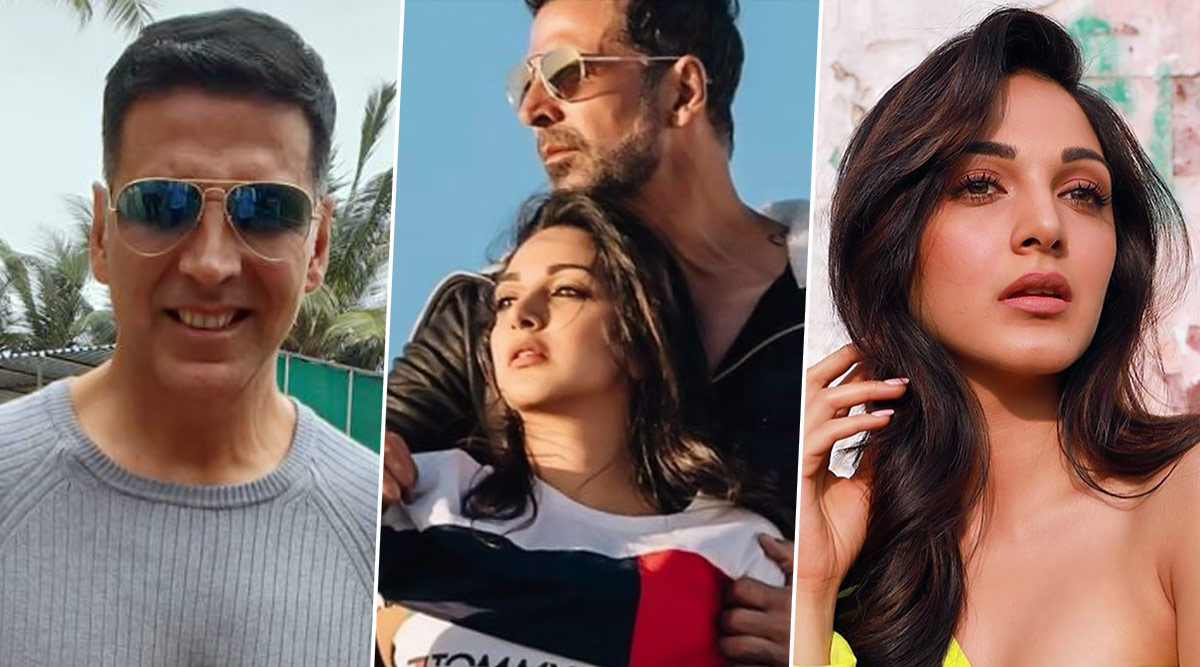 Akshay Kumar and Kiara Advani were last seen together in the comedy drama, Good Newwz. Although they were not paired together, this time they are. Kiara is paired opposite Akshay in the horror-comedy, Laxmmi Bomb. It is a remake of the Tamil film Muni 2: Kanchana, helmed by Raghava Lawrence, who is also directing the Hindi movie. After seeing Akshay’s impressive avatar as Laxmmi in the film, fans were eagerly waiting for more updates on it, and here’s one. As per the latest reports, Akshay and Kiara would be featured in a peppy dance number that is titled "Burj Khalifa". Akshay Kumar Says He Was Comfortable in a Saree While Shooting for Laxmmi Bomb.

As per a report in Mirror, a source revealed to the tabloid that this song featuring Akshay Kumar and Kiara Advani is choreographed by Ganesh Acharya. Talking about the shooting, the source was quoted as saying, “Akshay and Kiara sport several looks in the song which has been shot across Dubai in places like Burj Khalifa, Meydan Bridge, Jumeihra Beach and Marina City.” The source also described one of Akshay’s look in the song. He would reportedly be donning an orange coloured dunagree and would accessorise it further with heavy gold chain. The source also mentioned, “There’s a section that features him and Kiara doing some hip-hop moves.” Salman Khan Finally Reacts To Radhe: The Most Wanted Cop vs Akshay Kumar’s Laxmmi Bomb Clash!

Laxmmi Bomb, which is slated to be released during the time of Eid this year, is expected to be wrapped up in February. This film also features Sharad Kelkar as the antagonist. Stay tuned for more updates from the entertainment world!