Looop Lapeta: Did You Know Run Lola Run, The Inspiration Behind Taapsee Pannu’s Film, Was Already Remade in Bollywood?

Run Lola Run was already noticed by the late Anant Balani (Jogger's Park) who remade the film in Hindi as Ek Din 24 Ghante in 2003. 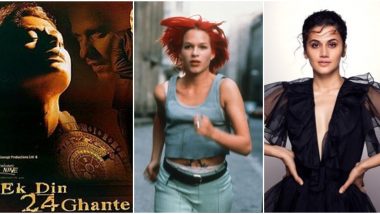 Taapsee Pannu had added yet another interesting movie to her kitty. Looop Lapeta, directed by Aakash Bhatia, is a thriller comedy, produced by Sony Pictures India, Tanuj Garg, Atul Kasbekar and Aayush Maheshwari. Tahir Raj Bhasin of Mardaani and Chhichhore fame is playing the male lead in the film. Looop Lapeta is an official remake of the German cult thriller, Run Lola Run, starring Franka Potente and was written and directed by Tom Tykwe. Run Lola Run had received widespread acclaim when it had released, especially for Potente's performance and was a huge commercial success. The movie is about a girl, Lola, who has to arrange for a huge amount to save her criminal boyfriend's life in twenty minutes. Every time she fails, the movie resets the events bringing Lola back to the starting point. Interestingly, Taapsee's 2019 horror-thriller Game Over also used a similar plot technique. From Haseen Dillruba to Looop Lapeta, Taapsee Pannu's Film Kitty is Overflowing with as Many as Five New Releases.

Now Run Lola Run had come out in 1998, so if you are wondering why Bollywood took 22 years to recognise its remake potential, when the filmmakers always scout for movies worth remaking, you are not wrong. Run Lola Run was already noticed by the late Anant Balani (Jogger's Park) who remade the film in Hindi as Ek Din 24 Ghante in 2003. The remake, lacking none of the brilliance of the original, had starred Nandita Das and Rahul Bose in the lead. Of course, it doesn't need to be added here that Ek Din 24 Ghante was an unofficial remake of the German film. 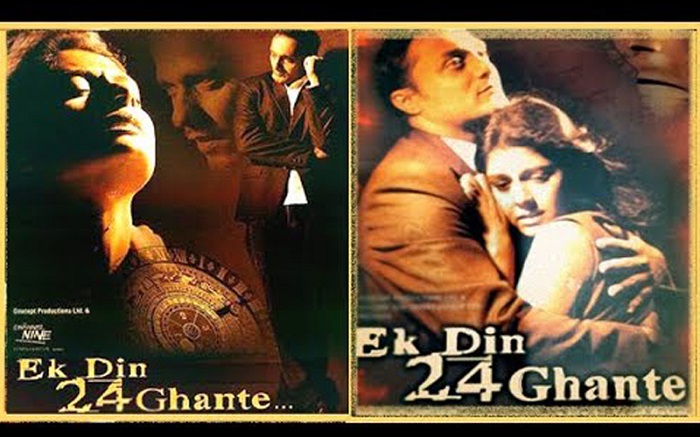 The movie came and went from the theatres and was largely forgotten by the movie-goers. Ek Din 24 Ghante had also released in tragic circumstances, as Anant Balani passed away mere days before the release. He was also supposed to direct Chameli, starring Kareena Kapoor Khan and Rahul Bose, the duties of which were later taken on by Sudhir Mishra.

Wonder if the makers of Looop Lapeta know of this earlier remake, though as per their announcement, the new version would be lighter in vein. Not to mention, official too.

(The above story first appeared on LatestLY on Feb 18, 2020 03:05 PM IST. For more news and updates on politics, world, sports, entertainment and lifestyle, log on to our website latestly.com).