From Haseen Dillruba to Looop Lapeta, Taapsee Pannu's Film Kitty is Overflowing with as Many as Five New Releases 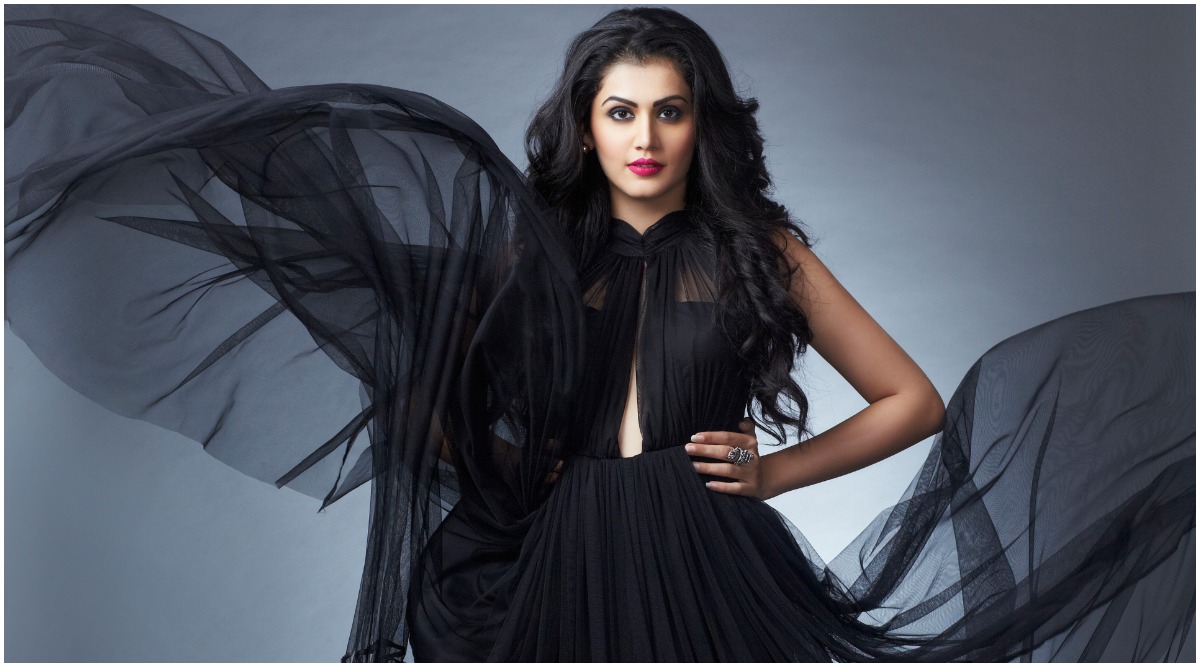 Taapsee Pannu is on a signing spree. After winning Filmfare's black lady in the Best Actress Critics category for Saand ki Aankh, the Badla actress is determined to own 2020 with as many as five releases in her kitty. She's probably one of the busiest actresses in the industry currently and her team is always looking out for scripts that would challenge the actress within her. After bagging the biopic on former Indian Women's cricket team captain, Mithali Raj, Taapsee has also come on board for the Hindi adaptation of German cult classic Run Lola Run. Taapsee Pannu Gives a Befitting Reply to a Bollywood Producer Calling Her 'Female Ayushmann Khurrana’ After Her Filmfare Awards 2020 Win.

Since we are already discussing her future projects, let's have a quick rundown of everything that she has in her store for us. Starting with her newest announcement, Looop Lapeta.

Right, so here's yet another announcement from my stable. I'm on a roll. Or shall I say in a loop? Stoked to announce Sony Picture India and Ellipsis Entertainment's crazy thriller-comedy, "LOOOP LAPETA", an adaptation of the cult classic "Run Lola Run." Looking forward to the roller-coaster with my director Aakash Bhatia, my co-star, Tahir Raj Bhasin and the amazing folks at Ellipsis Entertainment (Tanuj, Atul) and Sony! Mark your calendar for 29th Jan, 2021! @tahirrajbhasin @sonypicturesin @ellipsisentertainment @bhatiaaakash @tanuj.garg @atulkasbekar @vivekkrishnani @Aayush_Blm #loooplapeta

Taapsee will step into Franka Potente's shoes for this remake and will romance Tahir Raj Bhasin in same. The remake of this German cult classic is a thriller-comedy that's modified to suit the Indian taste. Speaking about her new outing, the actress in her interaction with Mumbai Mirror said, "Savi is a quirky, insane addition to my repertoire. I love how an iconic film like Run Lola Run has been adapted for the Indian milieu without losing its edge. More excitingly, it’s been laced with amazingly cheeky straight-faced humour. It’s cool in the truest sense of the word and as bold thematically as it is stylistically. I can’t wait to get started." The film will hit the screens on January 29, 2021.

“I have always been asked who’s your favourite male cricketer but you should ask them who their favourite female cricketer is.” The statement that made every cricket lover pause n introspect that do they love the game or the gender playing it. Skipper, u will be the ultimate ‘Game Changer’ ! @mithaliraj #ShabaashMithu @rahulpdholakia @viacom18studios #AjitAndhare @priyaaven

Taapsee is already learning the nuances of a cricketer to step into Mithali Raj's shoes for Shabaash Mithu. The actress has already started prepping for the biopic and the film will hit the screens on February 5, 2021.

“I maybe bad but I’m perfectly good at it” Stepping into the world of #HaseenDillruba 🌹. Can’t wait for you guys to meet HER in theatres 18th September 2020!

Taapsee will collaborate with Chhapaak actor Vikrant Massey and Harshvardhan Rane for her next intriguing outing. Explaining the unconventional pairing in the film, a source close to the project said, "The makers thought a fresh pair would work in the film's favour as it will keep the mystery element intact since there will be no preconceived notions about them as a couple." Haseen Dillruba will release on September 18, 2020.

Rashmi Rocket is a story that revolves around an athlete. It's about a girl who achieves and conquers in her field despite all the adversities. "This story instantly hit the right chord when I heard the idea. It’s one of those few films I was waiting to be developed into a script for me to do," said the actress while describing it in detail to DNA. The makers are yet to announce the film's release date. Thappad: Taapsee Pannu and Team Go Beyond the Usual Ways to Release this New Unusual Trailer (Watch Video).

Taapsee collaborates with her Mulk director, Anubhav Sinha for yet another hard-hitting tale that's bound to leave an impact on your minds. It's a story about a happy couple and why the wife decides to head for a divorce after her husband slaps her one night. Thappad will hit the screens on February 28, 2020.