After falling prey to piracy, Kriti Sanon and Pankaj Tripathi's surrogacy drama, Mimi, is now streaming on Netflix and Jio Cinema before its actual release date. Read on. 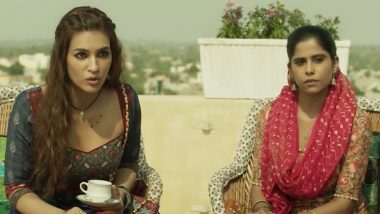 From the time the trailer of Kriti Sanon, Pankaj Tripathi-starrer Mimi was released online, fans, as well as critics, have been waiting with bated breath for the movie. However, sadly Mimi which was supposed to be out on the OTT platforms on July 30 was leaked online before its release. Yes, you read that right! Mimi is already out on torrent sites for free download and watch. It's the latest movie that has fallen prey to piracy. With the movie already leaked online in HD prints, the makers took a wise decision and finally dropped the flick early on Netflix and Jio Cinema. Mimi Full Movie in HD Leaked Online for Free Download and Watch Online Before Its Release; Kriti Sanon and Pankaj Tripathi’s Netflix Film Is the Latest Victim of Piracy?

Well, considering the fact that Mimi is all over the internet, it is right to release the movie without further delay. As seen on Netflix, Mimi is 2 hours and 12 minutes movie. Mimi is now streaming on Netflix. Meanwhile, we all know that piracy is a real thing across the globe and severe action needs to be taken against the sites that promote unethical practices. Mimi released on July 26 instead of July 30. Mimi Trailer: Kriti Sanon And Pankaj Tripathi's Movie On Surrogacy Promises To Be A Hilarious Ride (Watch Video).

Check Out The Screengrab: 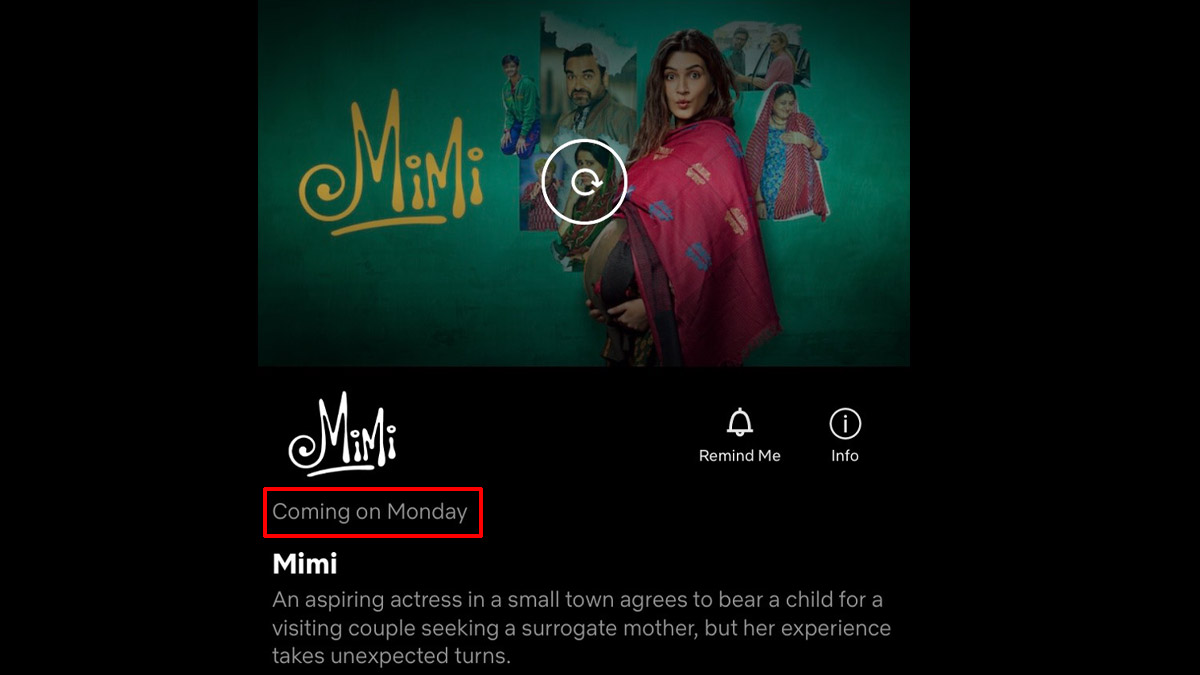 We also feel, that with Mimi's early digital release, it proves that piracy is powerful and how. Meanwhile, Mimi is adapted from a popular Marathi flick Mala Aai Vhhaychy! Helmed by Laxman Utekar, the Hindi flick sees Kriti Sanon playing the protagonist who essays the role of a surrogate mother. Apart from the leads, the movie also stars Sai Tamhankar, Manoj Pahwa, and Supriya Pathak in key roles. Stay tuned!

(The above story first appeared on LatestLY on Jul 26, 2021 07:05 PM IST. For more news and updates on politics, world, sports, entertainment and lifestyle, log on to our website latestly.com).