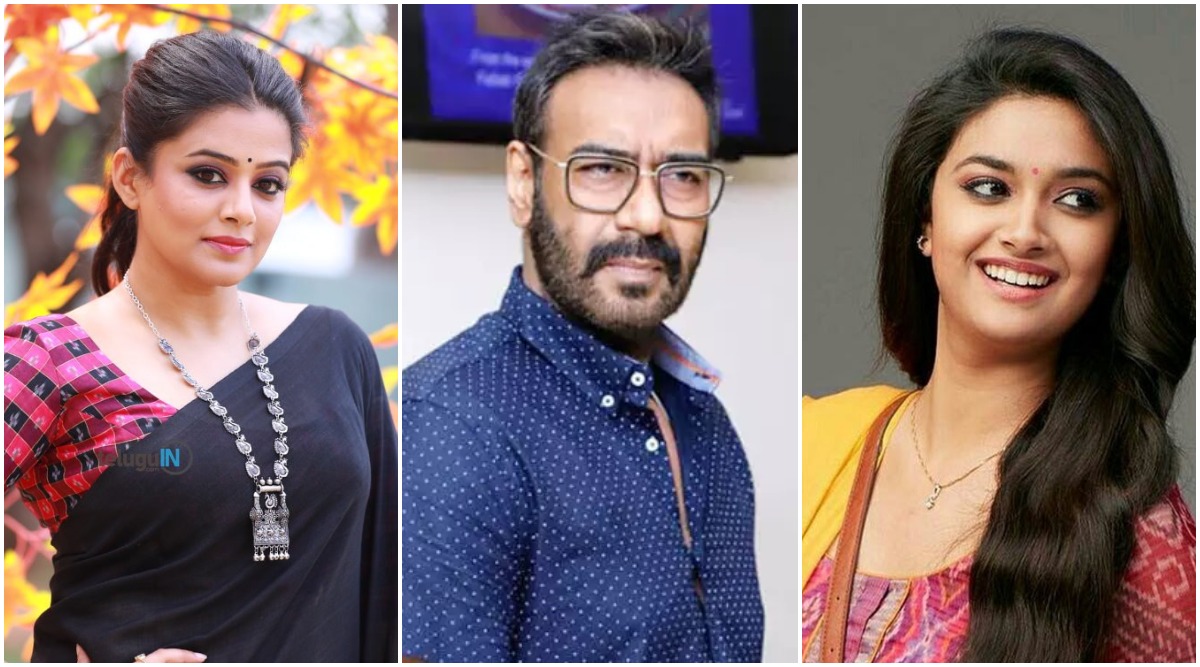 Seems like Ajay Devgn was destined to work with a national award winner in Maidaan - be it Keerthy Suresh or Priyamani. It was only yesterday when we read reports about Keerthy exiting the project and the recent development suggests the name of the actress replacing her. The Mahanati actress was earlier approached to play Ajay's wife in this sports biopic based on the life of football coach Syed Abdul Rahman. However, when Keerthy started shooting for her role, she felt she was too young to play an older character. After her exit, another leading South lady, Priyamani was been approached to play the part and she has given her nod already.

A report in Bollywood Hungama suggests that Priyamani will now replace Keerthy Suresh in this Ajay Devgn starrer. The Bairavaa actress had a word with the film's producer, Boney Kapoor about her hesitance to play an older character on-screen. Her last release, Mahanati too demanded her to age on-screen and she felt playing another similar role so soon would restrict her career graph. Boney Kapoor was more than willing to understand her stand and realise the place she was coming from. It was a mutual decision and there were no bad feelings whatsoever. National Award-Winner Keerthy Suresh Says, ‘I’ve Become Very Choosy About The Films I Take Up’.

Meanwhile, Priyamani was last seen with Manoj Bajpayee in Amazon Prime's The Family Man. She'll also be seen as Sasikala in Kangana Ranaut's Thalaivi and will essay the lead role in the Telugu remake of the much-acclaimed Dhanush film, Asuran. An official announcement about her coming on board for Maidaan is yet to be made. The film will hit the screens in November 2020.