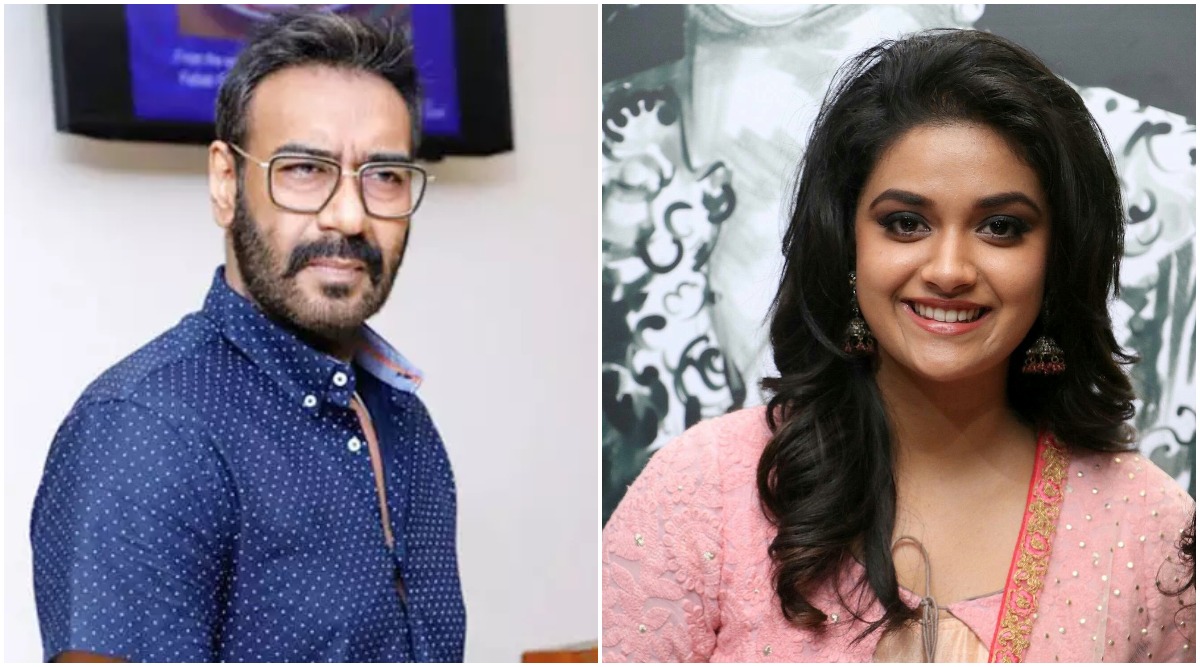 The previous year was quite good for Keerthy Suresh, hell, she even won a National Award for her stellar performance in Mahanati. Post her success in the South cinema, the girl was all set to make a big name in Bollywood and she was already on board as the lead actress in Ajay Devgn's Maidaan. However, a recent report by Rajeev Masand in Open Magazine suggests that Keerthy has now decided to exit the project and the reason for which is pretty agreeable. The actress wasn't keen on playing someone who's not her age in the movie and she had a word with the film's producer, Boney Kapoor regarding the same. National Award-Winner Keerthy Suresh Says, ‘I’ve Become Very Choosy About The Films I Take Up’.

The report further explains how the actress and Boney Kapoor both felt that it would be a bad decision to let her play someone who's a bit older. Keerthy is still in her 20s and her role that she was offered was to play Ajay's wife in the sports drama. Keerthy felt it wouldn't be apt for her career to 'age' on-screen once again so soon. In Mahanati she played Telugu legend Savitri and showcased her journey right from her youth till she died in 1981, aged 45, hence the reservation. Was Rajinikanth’s Thalaivar 168 the Reason behind Keerthy Suresh Walking Out Of Mani Ratnam’s Ponniyin Selvan?

When Keerthy expressed her desire to exit the project, Boney Kapoor was more than understanding. He realised the place she was coming from and felt the decision was in her best interest. Well, this only means that we'd have to wait a bit longer to see her shine in Hindi movies and till then, let's keep admiring her work down south.